South Park, several locations across the United States of America

Commit mass suicide at Washington DC in order to achieve a blessed afterlife.

Blaintology, also called the "Church of Blaintology", is a massive magic cult founded and led by the famed magician David Blaine and an antagonistic faction in the episode "Super Best Friends" of South Park.

Practitioners of this religiously-crooked, phony religion called Blaintologists, who were also called "Blainiacs", followed David Blaine and his teachings. Followers had to have a shaved head, whether they were male or female; this confused a few characters as they could not tell who was who, Stan even questions who he is at one point, and has to put his poofball hat back on. Blaintologists were multicultural and any religion was welcome, even if you were already Jewish (like Kyle) or any other religion (most Blaintologists were Roman Catholics while some are Buddhists).

A book written by David Blaine about his "miracles" entitled "David Blaine: Teachings", was used as a sort of holy bible in his so-called "religion".

Blaine tries to gain tax exempt status for his religion, unfortunately for him, the request is denied and so he persuades his followers to commit a mass suicide here in Washington D.C. with many cult members from all over the United States to protest and force approval of the tax exemptment title; but the Super Best Friends (Jesus, Buddha, Moses, Muhammad, Seaman, Joseph Smith, Krishna and Lao Tse) managed to convert his followers back to their original beliefs and their normal lives by causing him to flee after their battle with his bewitched statue of President Abraham Lincoln (ended with him being shot dead by the animated statue of John Wilkes Booth), which therefore destroyed their faith in him as he abandoned them. 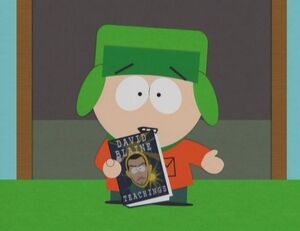 The book of "David Blaine: Teachings". 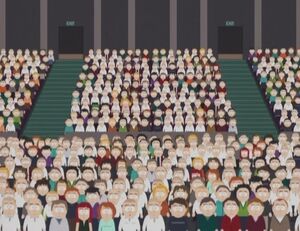 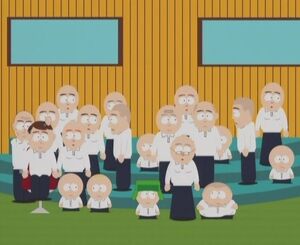 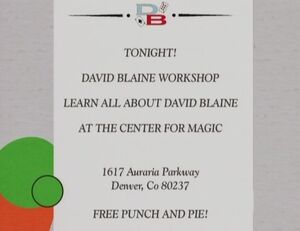 A official pamphlet of Blaintology. 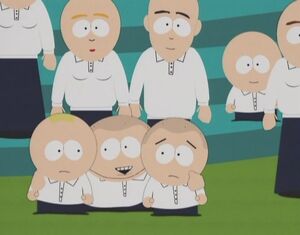 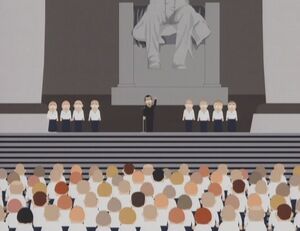