Destroy the town of Blair.

Torture and kill anyone trespassing on her territory (both succeeded).

The Blair Witch (real name: Elly Kedward) is the titular main antagonist in the 1999 psychological horror film The Blair Witch Project, and its mythology. Responsible for a long string of deaths and unexplained disappearances throughout the history of Burkittsville, she remains an imposing figure in the town's folklore, maintaining long periods of dormancy — only to reemerge and claim the lives of those who make the mistake of intruding on her home in the Black Hills.

The Blair Wich's appearance varies, and it remains unknown if she possesses any kind of concrete form, or if she is capable of shapeshifting: The Blair Witch Cult claimed that she took the form of a monstrous, barely human hag who "did not touch the ground." Rustin Parr saw her as an old woman dressed all in black who would vanish when approached. Mary Brown saw her as a naked old lady covered in thick black hair. Robin Weaver saw her as an old woman who floated rather than walked. Heather Donahue barely saw her at all, but she was seen to yell "Oh my God what the fuck is that?" while fleeing the campsite, having seen something clearly monstrous in the forest. Even the apparitions glimpsed in 2016 remain ambiguous in nature: it's never specified within the film if she is the 7-foot-tall emaciated monstrosity chasing Lisa or the faceless woman glimpsed by James; however, according to screenwriter Simon Barret, the former is just the hideously-distorted corpse of one of the Witch's previous victims, while director Adam Wingard states that the figure dressed in Heather's clothes was the Witch herself using Heather's image.

It has been speculated that the Witch herself has no real form of her own: the directors themselves have stated the spectral apparitions in all films were the Witch's tortured victims, damned to reside in the woods with the Witch being in spiritual command of them; the Witch's ghost is an invisible force which can supernaturally control the environment, possess or brainwash victims, and still possesses the necessary strength to manipulate objects and kill individuals. It could be inferred that the Witch can either possess her victims or other people. This explains that the woman referred to in The Blair Witch Cult was possessed by the Witch, and the figure James Donahue sees was his sister's remains possessed by the Witch, the latter confirmed by the director.

However, according to a deleted and unused scene in the film, the Witch was actually meant to be briefly glimpsed in the distance as a Woman in White. If this is taken to be canon, this could be suspected that the Witch really does have some kind of default form, namely the common appearance of many female spirits.

The Blair Witch's personality is similarly ambiguous, surrounded in supposition and guesswork: recorded instances of her speaking are rare, and often restricted to brief commands; more often than not she gives no hint of any emotion or opinions, and the only point when she does—via Tristen—it occurs in the highly questionable events of Book Of Shadows which appear to have been declared non-canonical. It is unknown if any of Elly Kedward's personality remains, though given that the Witch went out of the way to kill her accusers and the townsfolk who supported them, it can be assumed that she is at least capable of desiring vengeance.

Her habit of stalking and tormenting her prey for days prior to killing them (often through extremely brutal, drawn-out methods) proves that she is a sadistic individual, though the fact that she spared Heather for last has been used to support the theory that she also possesses a code of conduct requiring a very specific pattern of killings: Josh knocked over one of the cairns at the "cemetery", and thus was targeted, tortured and killed first; Heather reassembled the cairn and kissed it, thus earning a reprieve until the end. Despite the rarity of her speech on camera, she is capable of communicating directly—enough to give orders and even force individuals into her service: Lane's time in the Blair Witch's service has apparently been particularly hellish, given his demented state of mind when he meets Lisa again, implying that she has tortured him into cooperating.

Her precise motivations remain unknown, but several theories have been put forward: one states that Elly has claimed the Black Hills as her home, and will kill anyone who she believes has intruded; Bill Barnes of Curse of the Blair Witch claims that the Witch is actively creating her own mythology, periodically killing in order to keep her legend alive; another theory suggests that she is sustained by human sacrifice, waiting for 50-year periods before killing again in order to avoid frightening people away from the woods. Most unusually of all, the non-canonical Blair Witch video games claim that Elly Kedward has been subsumed by the source of her revenge on Blair — a malignant spirit known as the Hecaitomix, now determined to destroy humanity. 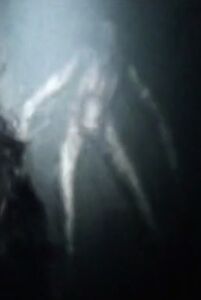 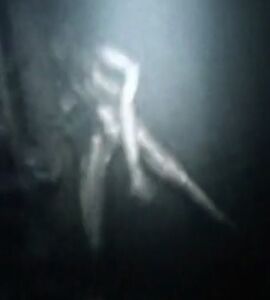 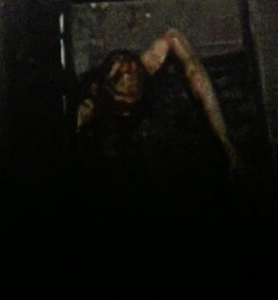 Retrieved from "https://villains.fandom.com/wiki/Blair_Witch?oldid=3700901"
Community content is available under CC-BY-SA unless otherwise noted.