Have Agent 47 killed, either by other people or himself.

Blake Dexter is the main antagonist in the 2012 videogame Hitman: Absolution. Dexter is the owner of his namesake arms and defense manufacturing corporation called Dexter Industries.

He was voiced by Keith Carradine, who also played Frank Breitkopf in Criminal Minds.

Dexter's life has been documented in several books, including his 1992 autobiography titled Your Shit Don't Have to Stink!. He was born on July 12, 1941, according to an ICA file. His first business venture was apparently Dexter Dry Goods, which he inherited from his mother, Louise Cooper Dexter, after her death. Sometime later, he got into the arms industry. In 1977, he married a woman named Margaret, who bore him a son, Lenny, five years later. They divorced in 1984 and Blake was given sole custody of Lenny. Blake Dexter is rumored to have caused Lenny's trademark limp by domestic abuse. He remarried the following year, but that union ended in 1995 when his wife died in what was ruled as an "accidental suicide".

Dexter Industries grew to be a major manufacturer of weapons and home security systems. He brings thousands of jobs and generous patronage to the town of Hope, so much that the police and judges avoid penalizing him for anything. Dexter routinely gets away with crimes including murder and dumping toxic waste, and his son's posse, the Hope Cougars, are also allowed to do as they please.

Dexter's ICA profile states he and Dexter Industries have been on their watch list since the ICA was founded. He has paid for the ICA's services at least once, to have Richard Strong, the head of Dexter's rival company, killed (after which he bought 34% of the company).

Dexter eventually learns of a genetically engineered girl named Victoria, through leaked Government documents, who he intends to kidnap and hold her for ransom from whoever created her (which he eventually learns is the Agency). Dexter eventually comes across Agent 47, who is attempting to protect the young girl from harm, after Dexter's gargantuan bodyguard, Sanchez, subdues him. He then frames the legendary assassin for the murder of an innocent maid and leaves him to die in a burning hotel room.

Eventually Dexter hires a sociopathic mercenary named Edward Wade to retrieve the girl, also paying him to take his rather dimwitted son Lenny along, this mission results in the deaths of Wade and all of his men at the hands of 47, however Dexter's son Lenny manages to abduct Victoria and bring her to his father in return for his admiration. After obtaining Victoria Dexter has cruel experiments performed on her by his scientists in order to test her capabilities, after which he is infuriated to learn that 47 has captured his son Lenny and possibly killed him as retribution for taking the girl.

47 is captured by Dexter's corrupt sheriff Clive Skurky and interrogated by Dexter himself on the location and status of his son, who violently punches the hitman numerous times to no avail as 47 does not speak a word, Eventually 47 escapes and kills Skurky, who reveals Dexter has the girl at his penthouse in Chicago.

Dexter later sets up a meeting with deranged Agency handler, Benjamin Travis, for Victoria. Dexter executes the girl he has dressed up as Victoria, who in reality is Sheriff Skurky's mistress, in order to scare Benjamin into paying the ransom for the girl, which he does. 47 eventually makes his way to Dexter's penthouse after which Dexter flees to his private helicopter on the roof with Victoria in tow, 47 follows killing Dexter's personal assistant Layla Stockton on the way.

Despite laying out numerous mines on the roof top to stop 47, the legendary assassin makes his way to Dexter, who has become enraged upon learning of Stockton's death, and begins threatening 47 and Victoria, however 47, is able to stealthily get around Dexter and fatally shoot him, before Dexter can harm the girl. As he lay dying Dexter gives a final apology to his son Lenny and asks to hold his ransom money, Victoria, disgusted at his last request, dumps Dexter's millions on him as he finally succumbs to his wounds, with Victoria and his arch-nemesis 47 standing over him.

Blake Dexter is briefly mentioned in the mission "The Farewell" by Diana Burnwood during a conversation with Tamara Vidal discussing Agent 47's past targets. When Tamara asks Diana about Dexter, she jokingly mentions that he was "a parallel universe" as an Easter egg since the original series is considered seperate canon to the World of Assassination trilogy.

Blake Dexter was ruthless, arrogant, corrupt, homicidal, greedy and utterly amoral. He would do anything to progress his arms trade no matter how many people died. He used his influence to buy off everyone in Hope city and turn it into his own production state, using the police as his enforcers and dispatching private militias to guard his factories. He was tolerated by the town for bringing in so many jobs, and he was affable enough for them to look the other way as he expanded his illicit business.

Despite his business savvy, he was incredibly irresponsible when making spur of the moment decisions. When confronted by 47, he killed a maid to frame 47, causing the bald killer clone to track him across the country and exact his revenge. He would also execute random people to intimidate others and would resort to petty and violent means if he felt the slightest bit cornered. He relied on his assistant Layla to do most of his public work and Sanchez to do his dirty work, as he wasn't capable enough on his own.

Despite his many shortcomings, he loved his son dearly despite the way he treated him and was devastated by his death, flying into a rage against 47 and swearing to take him down. He became much more volatile and ruthless, leading to many of his henchmen dying or abandoning him so when 47 finally confronted him, Dexter was cornered on the roof of a hotel and shot dead, with only an empty briefcase left to his name. 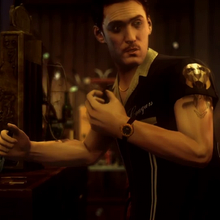 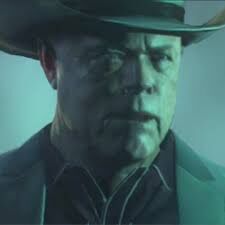 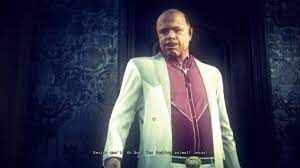 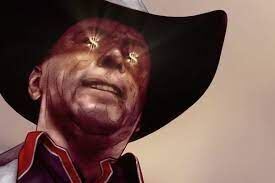 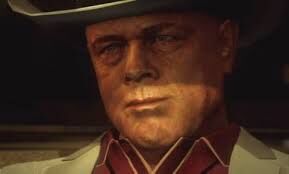