Blast Hornet (Explose Horneck in Japan) is one of the eight Maverick bosses from Mega Man X3.

Blast Hornet was a Maverick Hunter who worked on the Special 0th Unit under Zero, acting as his second-in-command on the unit. Zero receives an invitation to Doppler Town, but since he was busy on a mission Blast Hornet goes instead. When the town is afflicted by the Sigma Virus, Blast Hornet ends up being infected and goes Maverick, joining Dr. Doppler's army and taking over the town's armory.

Blast Hornet will buzz around the arena and attack with his stinger or shooting explosive hornet drones. His weakness is the Gravity well, which affects his float engine and causes direct damage. Beating him rewards X with the Parasitic Bomb, a weapon that sticks to enemies and detonates after a short time period. When charged, it unleashes numerous miniature hornets that home in on enemies. He later appears in the boss rush with the other eight Mavericks but was defeated again. 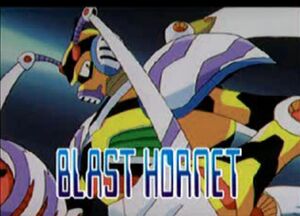 Blast Hornet from his cutscene on the PS1 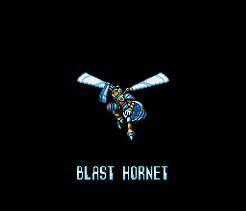 Blast Hornet on the SNES 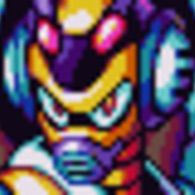