Blastaar is a member of an alien race known as the Baluurians, of the planet Baluur in the Negative Zone. He ruled the Baluurians as their monarch ruthlessly until his subjects rebelled and rose against him. Blastaar was deposed as monarch, and became a Negative Zone outlaw. Blastaar was locked up in a special containment suit and set adrift in outer space in the Negative Zone. When he broke loose he sighted Reed Richards, who had been trapped in the Negative Zone as well and followed him and Triton back to Earth. He fought with the Sandman and Reed Richard's group of superheroes, the Fantastic Four, but was driven back to the Negative Zone by Mister Fantastic. Over the following years Blastaar would repeatedly return to Earth to attempt to conquer it and fight the Fantastic Four many times, as well as the Avengers, Thor and other superheroes. Blastaar went into a coma at one point, but was revived by Professor Paxton Pentacost and became an unwilling servant of Pentacost. Blastaar was forced to battle the Human Torch and the Hulk. He was defeated and imprisoned in adamantium and sunk into the Atlantic Ocean. Blastaar was later freed from his adamantium prison, and battled the Inhumans. Blastaar later made his first alliance with Annihilus, another conqueror living in the Negative Zone. Blastaar utilized the Super-Adaptoid in an attempt to regain the throne of Baluur. He was opposed by his wife Nyglar, who summoned the Thing and the Avengers to thwart Blastaar and his allies. Blastaar later did regain the throne of Baluur and started to conquer Negative Zone, only opposed by Annihilus. Blastaar led a fleet of warships to conquer Earth, and captured Reed Richards. Blastaar freed Annihilus in an attempt to prevent the Fantastic Four from thwarting his conquest of Earth. Blastaar and Annihilus battled, however. Blastaar was betrayed by his subordinate, Tanjaar, and paralyzed. Blastaar was later discovered in the Negative Zone by the Eternals. He overthrew the Eternals, but was then defeated by the Avengers and remanded to custody of the Eternals. Annihilus and Blastaar have teamed up at times, but usually they are fierce enemies. Blastaar's son, Burstaar, has helped his father, but has his own ambitions and allied himself with the Kree.

Blastaar has superhuman strength and endurance, and is incredibly durable and resistant to injury. Conventional weapons and even ballistic missiles could have no effect on him. His superhuman constitution can withstand extreme variations in temperature and pressure. He is virtually tireless. He can live without nourishment for several weeks and survive in the vacuum of space by inducing himself into a state of hibernation.

He is capable of self-propelled flight at escape velocity. He can project blasts of highly destructive kinetic force from his hands, which earned Blastaar the nickname The Living Bomb Burst. He can channel the same concussive force to give him flight by propelling himself through the air like a rocket, and can maintain this thrust almost indefinitely. His energy blasts can temporarily disrupt the molecular integrity of the Eternals.

He is also highly trained in the arts of warfare of and by his race and has access to advanced technology from his home world such as starships and powerful plasma-based weapons. Most often, however, he only uses his powers without augmentation. 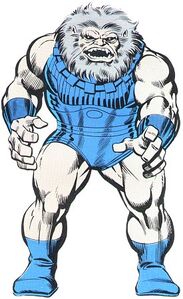 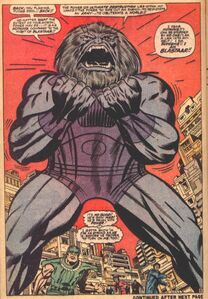 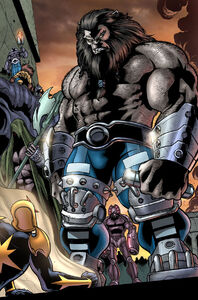 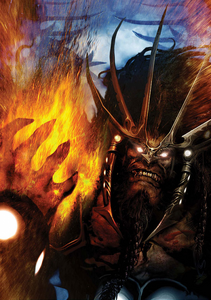 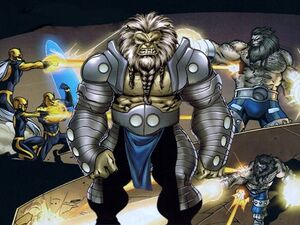 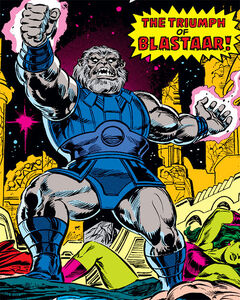 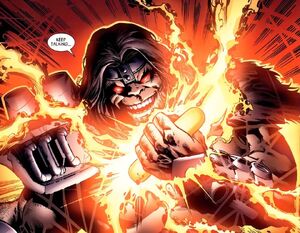 Blastaar with the cosmic control rod. 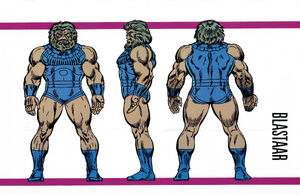 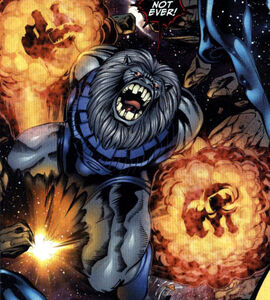 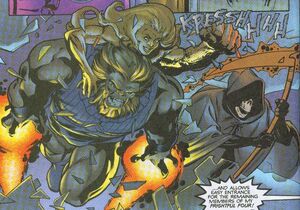 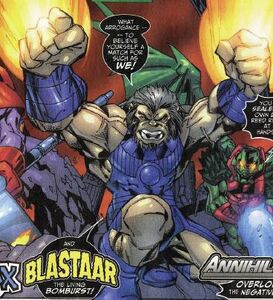 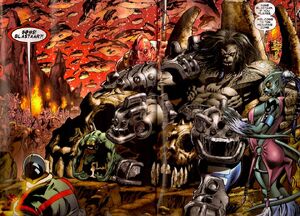 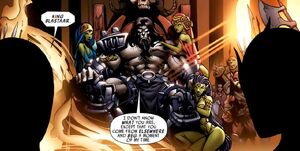 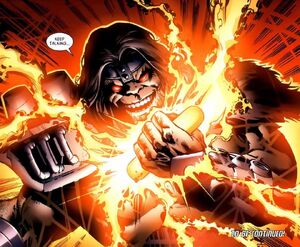 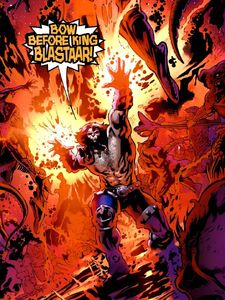 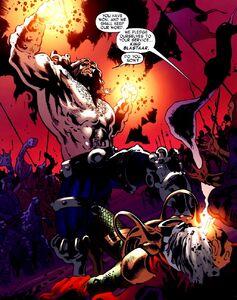 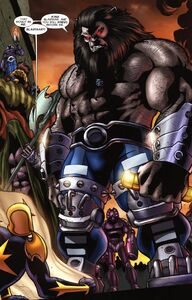 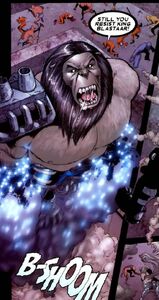 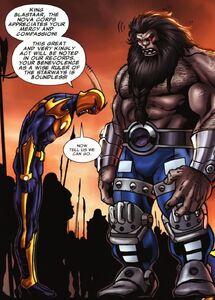 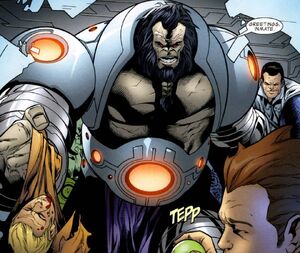 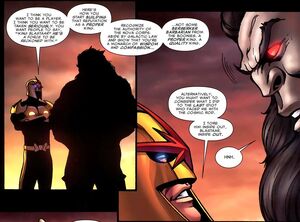 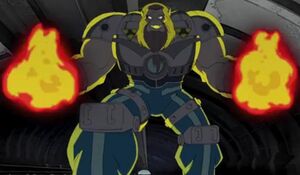 Blastaar in Hulk and the Agents of S.M.A.S.H.. 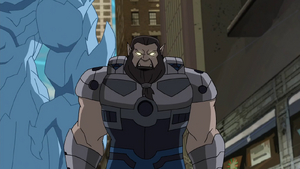