Kill the Babysitter and her young charges (failed).

Bleak is the main antagonist of the 1987 Touchstone film Adventures in Babysitting. He ran an illegal automobile operation in a warehouse in Chicago, Illinois.

He was portrayed by the late John Davis Chandler.

Bleak is a very strict, and persuasive businessman running an illegal automobile operation in a warehouse. His employees steal cars and make money out of them by sending the cars and certain parts into different American cities. His second in command of his operations is Graydon. He is also very fond of PlayBoy magazine, even going as far as using a PlayBoy calendar to detail his plans on there for his business.

Bleak was in the warehouse along with Graydon and his employees and associates, awaiting for the arrival of Joe Gipp, who was returning with a stolen car. He arrives with the car, with Bleak questioning of any defense to the crime. Joe admits he brought four witnesses inside, which upsets Bleak and infuriating Graydon, who punches Joe. In order to deal with this mess, he sends the "defense" (Chris, Brad, Sara, and Daryl) up to his office to deal with them later, and dismisses his employees.

He is later having a meeting with his associates when he asks Graydon to go get the Playboy magazine for him. Coming back moments later, he learns the Playboy is gone and so are the witnesses. He and Graydon and Joe use the stolen car to pursue them throughout the city, missing them a few times.

Bleak spots Sara by a toy store by herself, and asks her to come to him. Playing it smart, she runs for her parents' building and flees from them. Bleak, Graydon, and Joe separate to look for Sara inside the building, with Bleak trying the party floor, and Graydon the unfinished penthouse floor.

While searching for Sara, Bleak unintentionally blends in at the party when Brad and Sara's parents think he is the caterer, while also running into Chris at the same time. With the parents distracting Bleak, Chris ties a cord around his legs, causing him to trip when he saw her getaway. Brad and Sara's parents check if he is okay. No matter, after the incident, and with Sara rescued and Graydon taking her place on the building's window roof, Bleak finally demands the PlayBoy and the "defense's" lives. But Joe Gipp quickly betrays his boss by punching him and knocking him out. He presumably went straight to prison after this. 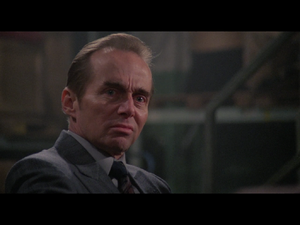 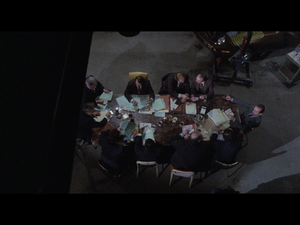 In a meeting with the executives. 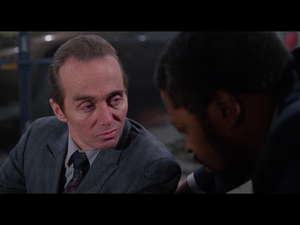 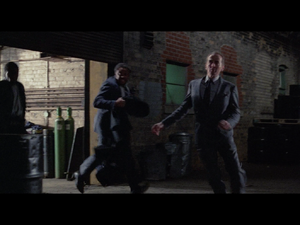 He is unable to get the Babysitter and the kids to stop with words after witnessing them escape. 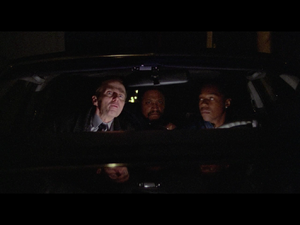 Bleak, Graydon, and Joe pursue the escapees in one of the stolen cars 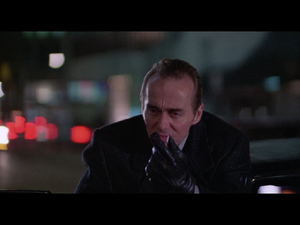 Bleak tries to lure Sara to him after spotting her at the toy store. 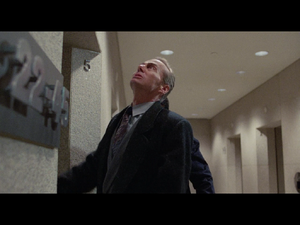 He fails to catch Sara in the elevator. 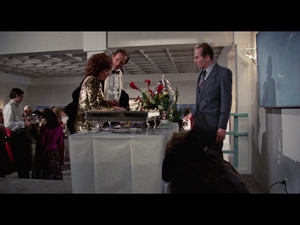 He is distracted by Brad and Sara's parents. 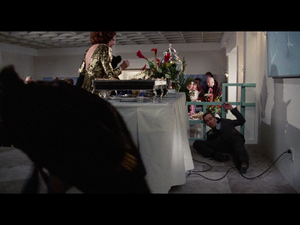 Bleak trips before he can catch Kris. 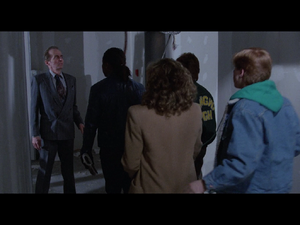 Bleak surrounds the Babysitter and her crew. 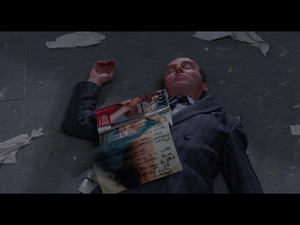 Bleak is knocked out by Joe Gipp.