Society of the Blind Eye

To keep the citizens of Gravity Falls oblivious to all supernatural aspects of the town. (Purpose)

Erase memories of people who have seen paranormal activity in Gravity Falls (failed).

The Blind Eye Society is a secret society operating in Gravity Falls, Oregon, and are the eponymous main antagonists of the episode "Society of The Blind Eye" of the animated Disney series Gravity Falls. This group is dedicated to hiding the secrets of Gravity Falls and was led by Blind Ivan.

The Society was founded decades earlier by Fiddleford Hadron McGucket, who followed and helped the author of the Journals build his secret device and recorded his discoveries, was tortured by what he had seen, so he build a device so he could forget. He founded the society to help others like him, to forget the supernatural events that they had witnessed and could do nothing about. However over time over use of the device drove McGucket insane and caused him to loose all his memories.

Without him, the Society carried on in its mission, somewhere along the lines Blind Ivan joined and rose to the ranks of there new leader. Carrying on his quest however the society shifted over the years becoming dogmatic in the belief that all such memories of the supernatural should be erased regardless of whether the people wanted them to be or not. And ignored the side effects that using the device was having on the population (the ray's effects began to cause brain damage after a while). They also used the device themselves to rid them of their own memories (this may explain why the order shifted).

In the present, following Lazy Susan seeing the Gnomes trying to rob a pie, the society kidnapped her to removed the memory. Meanwhile Dipper, Mabel, Soos and Wendy went to visit Old Man McGucket having found out he had a link to the Journal. Although McGucket couldn't remember anything past 1982, the sight of the order's symbol in the Journal brought back terrible memories. Letting them realise something was wrong.

Going to the Museum, the group managed to find the Blind Eye's secret hideout and witnessed their rituals as they were robbing Lazy Susan of her memories, and potentially leaving her with brain damage (she could no longer remember her gender). Investigating further, the group tried to find McGucket's memories and the secrets it held. But were caught by the organization.

Blind Ivan agreed to reveal there secrets, revealing that the Blind Eye Society members were just ordinary people from the town and revealing more about their orgins and purpose, as they were about to erase their minds anyway. However before he could, McGucket burst in and freed them. A fight broke out between the group and the society, Blind Ivan armed with the device tried to wipe their memories, but McGucket jumped in the way, as his mind was already permantly damaged, it had no effect and the Blind Eye Society was defeated.

Dipper then turned their device upon them, erasing 8 of the members' memories of their own order, thus ending the Blind Eye Society.

However, as shown in "Gravity Falls: Lost Legends", 2 members did not get their memories erased. And can be seen selling memory tubes in "The Crawl Space" Black Market. One of the memories says Rick S.. It could be Rick Sanchez's memories. 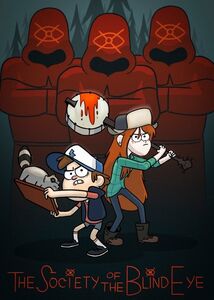 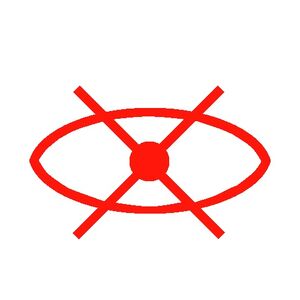 Symbol of the Blind Eye Society. 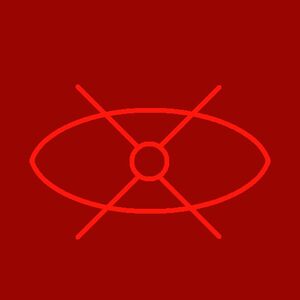 Crest of the Blind Eye Society.

Icon of the Blind Eye Society 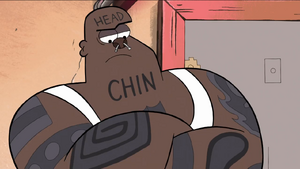 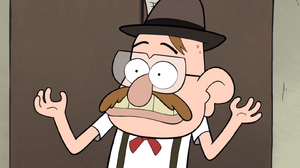 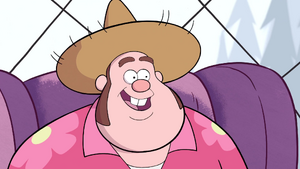 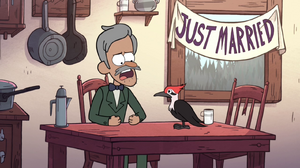 Woodpecker guy and his wife 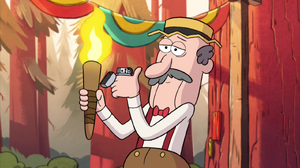 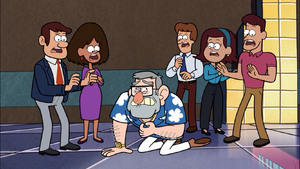 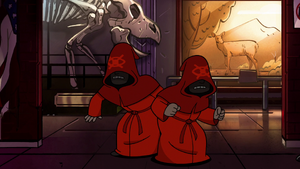 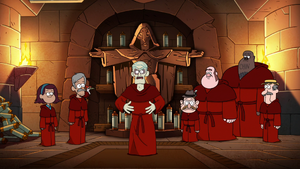 The society reveals itself 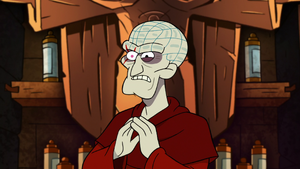 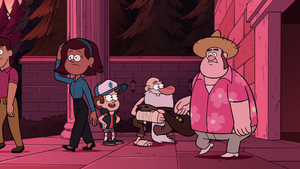