Villains Wiki
Register
Don't have an account?
Sign In
Advertisement
in: Agents of S.H.I.E.L.D. Villains, Marvel Villains, Doctors and Scientists,
and 35 more

Build and sell the weather machine to Ian Quinn and in exchanged for rare materials for freezing technology research (failed).

Donnie Gill, later known as Blizzard, is an anti-villain in the TV series Marvel's Agents of S.H.I.E.L.D., appearing as a major antagonist-turned-anti-hero in the Season 1 episode "Seeds", and as an anti-hero-turned-secondary antagonist in the Season 2 episode "Making Friends and Influencing People".

He is a former S.H.I.E.L.D. scientist who gained cryokinetic abilities after being electrocuted alongside his ice machine. He is later brainwashed by HYDRA into one of their enforcers.

He was portrayed by Dylan Minnette, who also portrayed Kenny in Let Me In and Clay Jensen in 13 Reasons Why.

After arriving at the S.H.I.E.L.D. Academy of Science and Technology, Donnie became best friends with fellow student, Seth Dormer, who convinced him to help build a weather machine to sell to billionaire Ian Quinn and build a profit. Knowing that they needed Leo Fitz, Donnie's idol, to finish the battery, the two of them staged an attack on Seth to lure Fitz and his team to the academy, which was successful. Wanting to eliminate them both as targets, Donnie staged an attack on himself during a conference. Having gained Fitz's admiration, he tricked him into helping him finish the battery.

After Fitz worked it out and returned to his room, Seth knocked him out and they then took the machine outside the premise. After Quinn required a demonstration, the two of them activated the machine which proved successful as they created a storm. However, the two of them were electrocuted by lightning, which also killed Seth despite Fitz's team's efforts. With his actions exposed and his best and only friend now dead, Donnie shunned his idol while being transported to the Sandbox. On the way there, he learns that due to being electrocuted next to the weather machine, he gained freezing powers.

After arriving at the Sandbox, Donnie was taught to siphon and control his newfound powers. At the same time, HYDRA scientists embedded there also subjected him to the Faustus method and successfully brainwashed him to follow the orders of high-ranking officer Sunil Bakshi. During the time of HYDRA uprising, the Sandbox got badly very quickly and Donnie took this opportunity to escape and go into hiding. While hiding in Morocco, Donnie was eventually found by HYDRA and then attacked them on a ship stationed there.

He was then confronted by an undercover Jemma Simmons, who tried to gain Bakshi's trust by reactivating his programming, but soon caught on after S.H.I.E.L.D. interfered. Chasing after Simmons, he was ambushed by Bakshi who reactivated his programming. Ordered to kill every S.H.I.E.L.D. agent onboard, Donnie started freezing the ship, only to be shot by Skye and fell into the Mediterranean Sea, where he started freezing as he sank to the bottom.

As Skye explained, Moroccan authorities still haven't found him. However, with his status currently unknown and the probable scenario that his wounds had frozen, it is possible that Donnie could return. 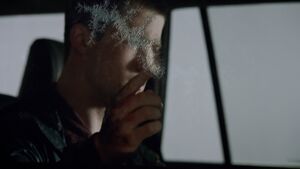 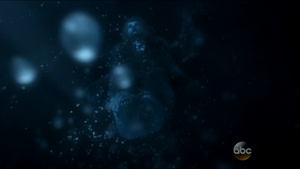 Donnie freezing while sinking into the sea.