Blockbuster is a strong supervillain in DC Comics. He is an enemy of the Justice League.

Mark Desmond was a chemist who desired to become stronger and began experimenting on himself to try and increase his strength. he eventually created a serum that gave him body he wanted, but also transformed him into a mindless brute; incapable of speech. Mark was cared for by his brother Roland Desmond, who used him to commit crimes until they were stopped by Batman and Robin. Since then, Mark found himself opposing the Caped Crusader on various occasions and became a member of the Secret Society of Super Villains during a battle with the Justice League.

In the new timeline, the original Blockbuster, Mark Desmond, is alive and well. He was bought under Necromancer's mind-controlled and forced into helping her steal an artifact from a Washington D.C. museum, but was stopped by Hawk and Dove teamed up with Batman and Robin. 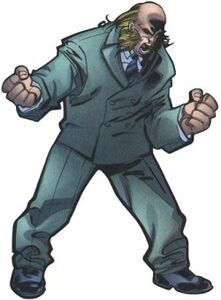 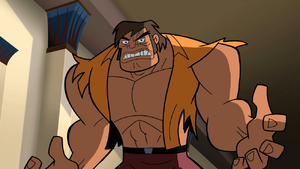 Blockbuster in Batman: The Brave and the Bold 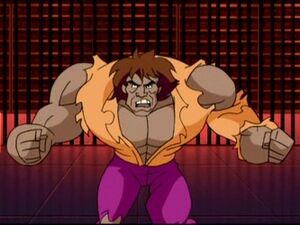 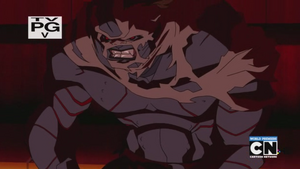 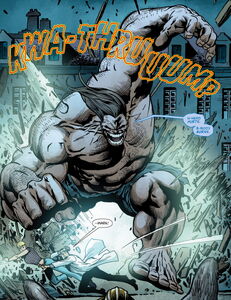 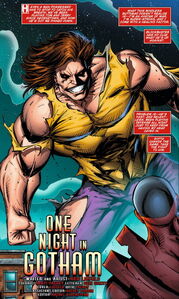 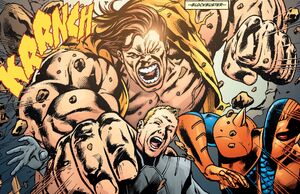 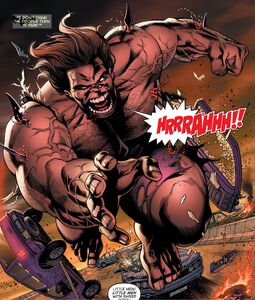 Retrieved from "https://villains.fandom.com/wiki/Blockbuster_I?oldid=3526673"
Community content is available under CC-BY-SA unless otherwise noted.