The Blood-Starved Beast, also known as the Thirsty Beast, is one of the bosses in Bloodborne.

As with the majority of enemies encountered in the game, Blood-Starved Beasts are monsters who were originally humans but succumbed to an infamous otherworldly disease called the Scourge Plague. The disease caused them to have their skin removed from their back, making the creature a truly horrifying sight capable of extremely fast and strong attacks.

The beast is a deformed quadrupedal creature whose skin is removed and hanging from its behind. It also has a malnourished skeletal appearance. It may look like a weak creature, but it is strong. Once the hunters sight the beast for the first time, its unstable movements make it a scary moment. The beast is mainly the third or fourth boss in the game, it depends on the player's gameplay in Cathedral Ward.

It is suggested that the Blood-Starved beast was a person receiving blood healing as a part of rituals performed by Healing Church members in Old Yharnam in order to learn more about the Great Ones and the effects of blood healing. This is demonstrated as corpses of Blood-Starved beasts can be found crucified and chained in chapels in Old Yharnam.

One can be found hanging above the altar of the Church next to Djura's tower. Moreover, below the corpse, the player finds ritual blood. This suggests that the Blood-Starved Beast has some connection to ritualistic practices performed by the Healing Church and has some significance to Blood-Healing and its administration. The Beast mainly uses frontal attacks. The attacks cause poison to build up in later stages. It also has a grab attack that makes a lot of damage to the player.

These creatures can be found in the following areas: 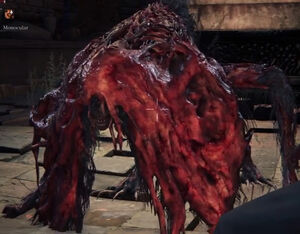 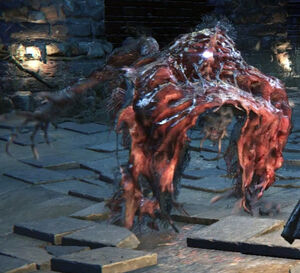 The Blood-Starved Beast lunging at the Hunter. 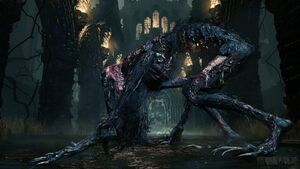 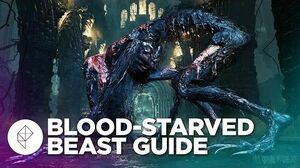 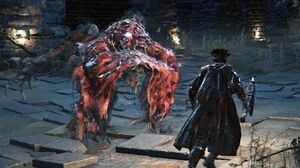 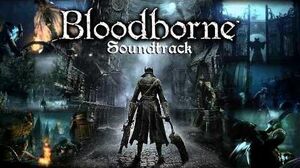 Retrieved from "https://villains.fandom.com/wiki/Blood-Starved_Beast?oldid=3559397"
Community content is available under CC-BY-SA unless otherwise noted.