Destroying planets and consuming their energy.

Destroy Earth and consume its power.

Under the rule of their emperor Killbus, the Blood Tribe Imperium began a campaign of destruction across the universe, consuming countless planets to increase their own power. However, Killbus' destructive urge would eventually lead him to devour the Blood Tribe's own homeworld, Planet Blood, and send the survivors to continue their cosmic rampage.

The Blood Tribe eventually turned their attention to Earth, with Evolt being the first of their members to attack. From the shadows, Evolt and the other members of the Blood Tribe manipulated the three divided regions of Japan into waging with each other to further their own plans.

Because Evolt had stopped his pursuit of Earth's destruction, the three governors opted to finish it themselves. Evolt told them he would not interfere, but reminded them that he had the power of the Pandora Box and thus the advantage.

To remove the only obstacle standing in their way, Kamen Rider Build, the three Blood Tribe aliens enacted their "Build Annihilation Plan", which involved brainwashing all of Japan to turn against Build.

Killbus arrives in the new world created by merging the World of Build into the main World of Kamen Rider through the White Pandora Panel. He seeks out Ryuga Banjou so he can recreate the Pandora Box and use it to destroy the entire universe. However, not wanting to die from the universe's destruction, a revived Evolt sides with Banjou against his brother in order to save himself. 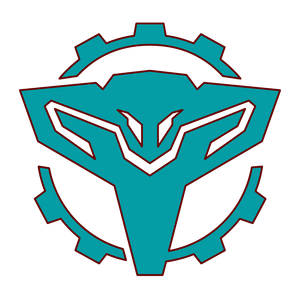 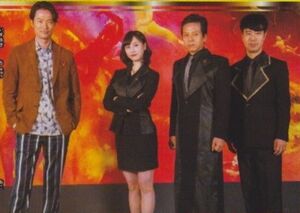 The Blood Tribe in their human forms.