The Bloodhounds are a group of antagonists in the 2007 video game Manhunt 2.

At some point, The Project hired The Bloodhounds in an effort to capture Daniel Lamb/Leo Kasper. They are primarily made up of war veterans, bounty hunters, and rednecks. They also speak with heavy southern accents.

Their racism couldn't be more obvious if anyone tried to make them so, considering Danny to be "Sub-Human". The Bloodhounds have extremely conservative and Christian Fundamentalist views on everything, often expressing deep hatred for the Liberal party and Anarchists.

The Bloodhounds are also incredibly stupid and ignorant about most subjects. An example is one of their taunts at Daniel being "Go back to France, you damned communist."

After the death of Judy Sender, Daniel and Leo are found by The Bloodhounds at the back of a brothel and start chasing them on the orders of The Project. They soon arrive at a nearby neighborhood being watched over by The Bloodhound's helicopter.

To try and escape the hunters, Daniel goes into the sewers, killing any and all Bloodhounds in his way, and eventually comes back up to the streets to meet up with Leo at a train yard, but Daniel finds himself at an old car garage guarded by Watchdogs.

Several weeks after Daniel killed Dr. Pickman, Daniel and Leo find themselves at a TV broadcasting studio ran by The Project. While Danny and Leo talk while watching old tapes, The Bloodhounds suddenly break into the studio to try and kill the two once again.

After fighting off the Bloodhounds for the final time, Daniel and Leo finds themselves at a ranch surrounded by large lights, used by The Project to broadcast themselves and activate carriers of the Pickman Bridge.

After this, the Bloodhounds are not seen or heard from again. It's unknown if Daniel killed all of them or not, but if any survived, it's likely that any remaining Bloodhounds would be arrested by Cottonmouth police after Daniel finally kills Leo and gains his freedom.

Like The Skinz, The Bloodhounds are very racist characters, but are much more blatant than them. Some wear KKK styled hoods over their heads, some with crosses on them as well. Many also wear confederate flag clothing on their body, such as bandannas.

Others however aren't as obvious, some looking like average citizens or even like the Amish, with overalls and generally simple clothing. 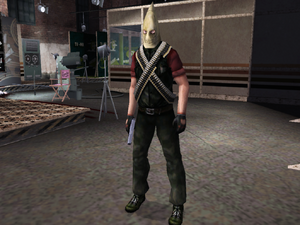 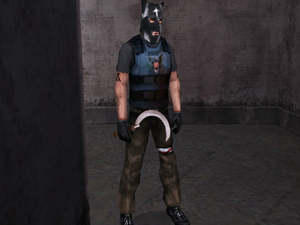 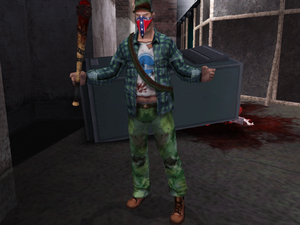 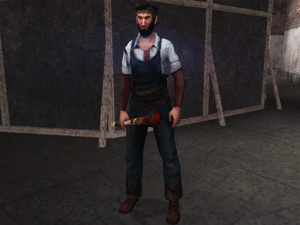 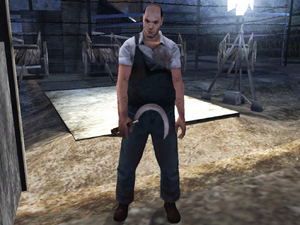 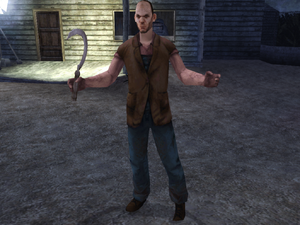 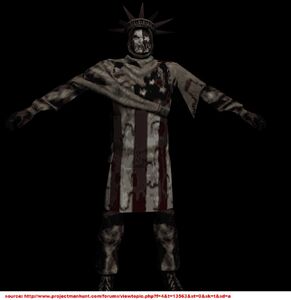