TX-11, better known by their codename Bloody Brad, are minor antagonists of Metal Gear, being a pair of cyberdroid assassins programmed and developed by Dr. Drago Pettrovich Madnar.

The two war-machines fought the FOXHOUND rookie codenamed Solid Snake. The stealthy operative was informed by one of his supports, Diane, that the machines were completely unstoppable. However, another support unit, Jennifer, supplied Snake with a rocket launcher that he used to destroy the Brads. 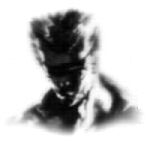