Bloody Mary is a villainess from the 2016 Lifetime movie, Best-Selling Murder. She is the murderess from Hannah Ryan's novel Bloody Mary Chronicles.

She was portrayed by Vanessa Ray, who is best known for playing CeCe Drake on Pretty Little Liars.

Bloody Mary was the creation of novelist Hannah Ryan, who (after being dumped by her publisher, Phillip Radcliffe) began work on her novel, Bloody Mary Chronicles. In the film, Hannah is shown in her apartment talking with Phillip, who offered her a deal to ghostwrite his company's next novel. After reluctantly agreeing to the deal, Hannah makes Phillip a bloody mary in her kitchen, where she grabbed a knife and killed Phillip. It was at that moment that Hannah suddenly appeared and approached her doppleganger, revealed as Hannah's creation, Bloody Mary. Mary later gave Hannah the knife as a "souvenir," and following this, the image of the murder disappeared, as it was revealed to be in Hannah's mind as inspiration for the novel's chapters.

Mary resurfaced later in the film and killed Julia in another imagined scene, which Hannah used to write a second chapter, while Mary gave an evil smirk as she looked at Hannah, hinting that Hannah could be her next target. After Hannah returned home from visiting Darby at the hospital (following Darby being attacked by a killer copying the murders in the novel), the evil Mary attacked Hannah and went after her with a knife from the kitchen. The masked villainess continued her assault towards Hannah, who knocked the knife from Mary's possession. However, Mary regained possession of the knife and killed "Hannah," and later removed her mask and a gave an ominous glare at the real Hannah, who used her scene to write another chapter. 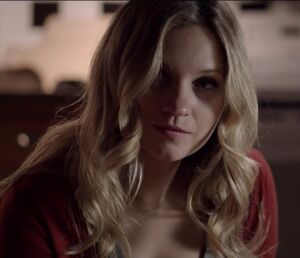 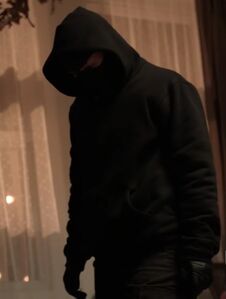 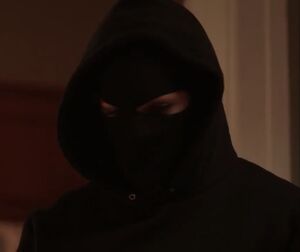 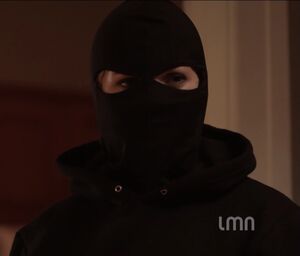 Add a photo to this gallery
Retrieved from "https://villains.fandom.com/wiki/Bloody_Mary_(Best-Selling_Murder)?oldid=3366308"
Community content is available under CC-BY-SA unless otherwise noted.