Devil Woman (by the story teller)

Queen of the New Marais' Coven

Bloody Mary is the main antagonist of InFamous: Festival of Blood, and the Vampire Queen of the New Marais' coven. She turns Cole MacGrath into a vampire, and attempts to turn him into her slave before sunrise, and wants to get revenge on New Marais during Pyre Night.

She was voiced by April Stewart, who also voiced Selvaria Bles in the Valkyria Chronicles series, and Christie in the Dead or Alive series.

Mary was a governess who was great with children, but she caught smallpox from one them while they were in her care. She became bedridden and was near death, and was watched over by Father Ignatius, who prayed for her to have a quick recovery. Maco, a vampire who admired Mary, decided she was too beautiful to die, and turned her in to a vampire. Mary was grateful to Marco, and the two later became lovers, and traveled across Europe, draining blood from their victims.

While they slaughtered innocent people across Europe, Father Ignatius learned that she was turned into a vampire, and never gave up hope in her humanity. Ignatius believed that if he killed Marco, Mary would return human, but didn't realize that doing so could undo Mary's vampirism only on the first night she was turned. Upon Marco's death, Mary grieved for her lover, and flew into rage and killed everyone in sight.

Mary pursued Father Ignatius, as he had fled after killing Marco, and stayed on the run whenever night came. While pursuing him, Mary converted many people into her vampires, and they became her loyal followers. Eventually, Mary tracked Ignatius after thirty seven years of chasing him to New Marais, but the priest had rallied the people there to stop the vampire. Mary was captured and burned on a pyre, and while burning, revealed her demonic form and vowed to return to have her revenge. Years after, New Marias celebrated the night Bloody Mary was destroyed on Pyre Night, and her body remained within the catacombs of the town.

Despite her death, Bloody Mary's followers remained loyal to her quest to take over New Marias, and succeeded in resurrecting her many years later by capturing the Conduit Cole MacGrath. Cole was taken into the chamber where Mary's body laid, and the vampires cut Cole open and dripped his blood into Mary's corpse, and she proceeded to bite into Cole. Upon doing so, Bloody Mary became younger and stronger, restoring her powers and control over her minions. Mary turned Cole into a vampire in the process, and told him she rewarded him for his unwilling service as a means to control him.

Mary explained to Cole that after sunrise, he would become her slave forever, and ordered her minions to attack him. Cole attempted to capture Mary, but she evaded him and escaped into the city with her followers, and would taunt Cole by using her psychic connection. Mary continued to feed until she became interested in Cole's electric powers, and would constantly remind him that he will be her slave despite his attempts to stop her. Cole eventually gained Father Ignatius' Barbed Cross, and confronted her. Mary attempted to plead with Cole, trying to convince him that she did so much to help him by giving him immortality.

The two battled, but she fled across the city after Cole rejected her and subdued her with a lightning storm. The storm caused the catacomb beneath to explode, and Mary fled out of sight to regain her strength. Zeke Dunbar arrived to aid Cole, and the two formed a plan to destroy the catacomb alongside Mary by using white phosphorus. Mary returned with her followers and attacked Cole, but was once again subdued by Cole. Mary managed to crawl out of the catacomb in attempt to stop Cole and Zeke's plan, but she was killed in the explosion caused by the white phosphorus. 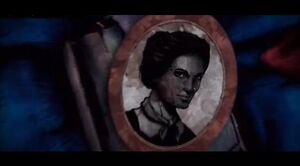 Mary before becoming a vampire, during her time as a governess. 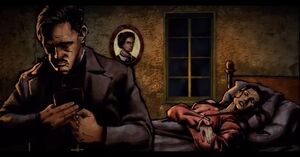 Mary ill with the smallpox, being watched over by Father Ignatius. 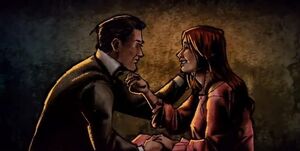 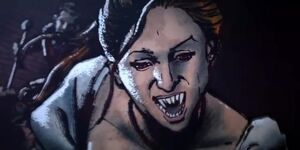 Mary as a vampire, hunting victims. 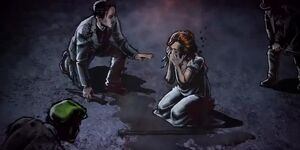 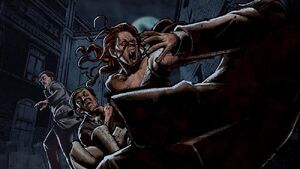 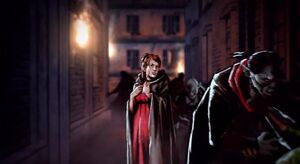 Bloody Mary with her followers, looking for Father Ignatius. 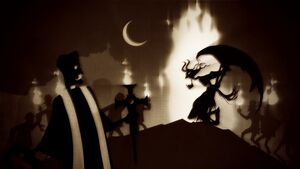 Bloody Mary in her demonic form, declaring her revenge against the town. 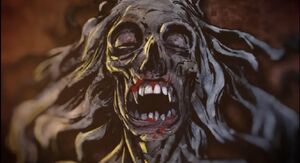 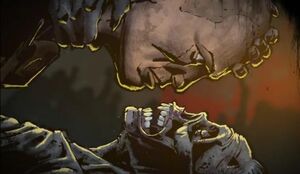 Bloody Mary's corpse as Cole awakes above it. 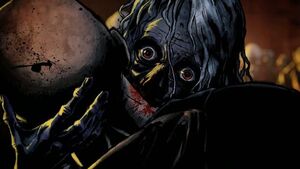 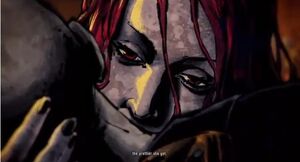 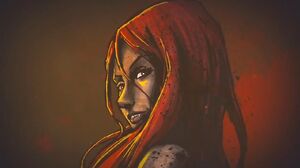 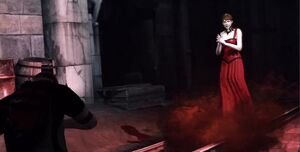 Bloody Mary speaks to Cole for the first time after biting him. 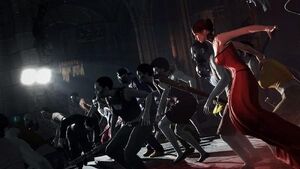 Bloody Mary among her followers. 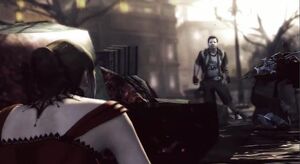 Bloody Mary attempts to stop Cole and Zeke, moments before her death.