Monstrous Minions
Blotlings are some of the most common enemies found in the video game Epic Mickey and are, as their name suggests, loyal to the Shadow Blot (in fact they are drips of the Blot). Found throughout the game Blotlings can either be disposed via thinner, which dissolves them into nothingness, or turned friendly through paint. Blotlings come in varied forms, some more powerful than others, together they form the Blotling Army wherewith the Shadow Blot can gain even more control over the dystopian Wasteland.

Seers have one eyeball and two froglegs and they ring like an alarm at Mickey to call nearby blotlings.  They can also curl into a ball and roll into Mickey.

Spatters are the weakest type of Blotlings, they look similar Mickey Mouse. They are often seen wearing different costumes depending on the region they are found in.  They attack by trying to jump on Mickey.

Dropwings are deformed variants of Seers.  They are also the only type of Blotling that can fly.  Dropwings can spit Thinner at Mickey, or grab him to drag him to a nearby hazard.

Sweepers are Blotlings taken by the form of the Brooms from Disney's "Fantasia". They throw Thinner to attack.

Spladooshes are Blotlings taken by the form of the Cyclops from Disney's "Hercules".  They explode if Mcikey gets too close to them.  Thinner can also make them explode.

Slobbers are Blotlings taken by the form of Oogie Boogie from "The Nightmare Before Christmas". They inhale anyone and will use their claws if Mickey is close to them.  They can't be Painted or Thinned at all except for when they're inhaling, at which point Mickey should aim for the mouth.

Bloticles are semi-Blotlings that are the Shadow Blot's tentacles. They take Wasteland's colors. They cannot be redeemed, along with the Shadow Blot, Beetleworx, and the Lost Characters.  The only way to destroy one is to shoot at all the weak points (the glowing green pores).

Lost Characters are forgotten toons revived by the Shadow Blot, they are invincible, if you take them down they will come back later, they can only be defeated if you destroy the current Bloticle in the area, which doing so will make them melt away, Gus hoping that it returns them to normal.

Blotworx are Splatters put into mechanical bodies by the Mad Doctor, they cannot be simply thinned out with Thinner or redeemed with Paint like normal, it requires Oswald's remote control to force the Splatters out from hiding so Mickey can either thin or paint the Splatter.

The False Shadow Blot is the 2nd-in-command of the Blotling army and the 2nd biggest and 2nd strongest Blotling to exist, he can create Spatters and fire giant balls of Thinner from his hands and can also fly. 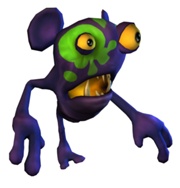 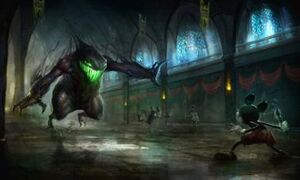 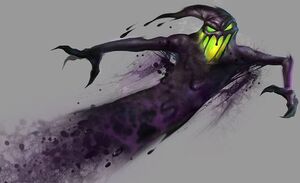 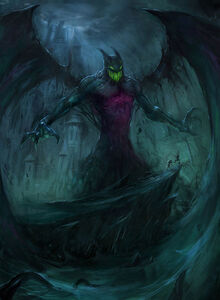 The Shadow Blot
Add a photo to this gallery
Retrieved from "https://villains.fandom.com/wiki/Blotlings?oldid=3850023"
Community content is available under CC-BY-SA unless otherwise noted.