Exterminate all Coordinators for the preservation of 'blue and pure world' (Blue Cosmos).

Blue Cosmos is the most radical of the anti-Coordinator activist groups formed by resentful Naturals and major antagonists in Mobile Suit Gundam SEED, along with its sequel series Mobile Suit Gundam SEED Destiny. They are the ruling force behind the Earth Alliance in the Cosmic Era. According to the Blue Cosmos ideology, genetic modification is a violation of the natural order, and all Coordinators must be exterminated "for the preservation of our blue and pure world."

Though the political opinions of the Earth Alliance senior leadership generally varied, the Atlantic Federation space forces leadership was primarily dominated by Blue Cosmos members, and after the elimination of some of the Eurasian military at the Battle of JOSH-A, Blue Cosmos controlled Alliance OMNI Enforcer and it's space forces by default. After this point, the Alliance's war effort changed from one of conquest to one of extermination, a change that a Patrick Zala-led ZAFT was only too happy to emulate.

Blue Cosmos is willing to manipulate the public with their logic and force people to share their hatred for Coordinators so they would have every Natural on Earth against the PLANTs. Blue Cosmos is also willing to eliminate anyone that would try to break away from them, or would only become a hindrance to them.

Blue Cosmos was originally an environmental pressure group, but after George Glenn revealed his secret in CE 15, they changed their emphasis to terrorizing and killing Coordinators. They especially desired the destruction of the Ultimate Coordinator, Kira Yamato. Many of the top echelon of Blue Cosmos, including its leader Muruta Azrael, were killed during the closing battles at Jachin Due.

Unfortunately, this did not affect Blue Cosmos in any meaningful way - Cagalli Yula Athha's visit to ZAFT at the start of Gundam SEED Destiny is due in large part to pressure on the Orb Union from the Atlantic Federation, which is still partailly controlled by Blue Cosmos, under the control of its new leader, Lord Djibril. In addition, there are growing evidences that Blue Cosmos may be nothing more than a catspaw for a shadowy military-industrial organization known only as LOGOS, which starts wars to stir up profits. However one LOGOS member, Matias Aducarf, betrayed his comrades and submitted information of LOGOS to PLANT Chairman Gilbert Dullindal.

After Gilbert Durandal's speech which exposes Blue Cosmos as the ones responsible for the war, ZAFT launched a campaign to destroy LOGOS and Blue Cosmos for good. Many people on Earth also started to attack the homes of LOGOS members and many of them were either murdered or forced to flee. They made their unsuccessful last stand against ZAFT/Alliance forces attacking Heaven's Base, their headquarters in Iceland. After the battle, Lord Djibril (the last remaining known member at this point) fled to the Orb Union and afterwards to the Daedalus lunar base. From there he attacked PLANT with the superweapon Requiem in order to destroy the PLANT Supreme Council, however when the Minerva attacked he was forced to flee on the Girty Lue. But before he could escape the ship was shot down by Rey Za Burrel, which also killed Djibril and thus the last remaining LOGOS member. 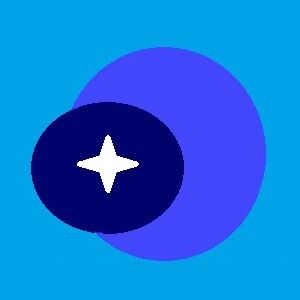 The official icon of the Blue Cosmos activist group. 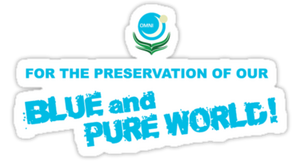 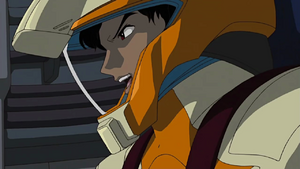 This Moebius pilot is a member of Blue Cosmos. 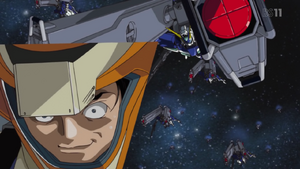 This Windam pilot is also a member of Blue Cosmos.
Add a photo to this gallery

Retrieved from "https://villains.fandom.com/wiki/Blue_Cosmos?oldid=3743345"
Community content is available under CC-BY-SA unless otherwise noted.