Take down the Red Dragon Triad

Rivals
The Blue Lotus Triad is a Chinese criminal organization, and one of the triads based in the region of Hong Kong. It is a minor antagonistic faction in both Hitman: Codename 47 and Hitman: Contracts (through flashbacks and remake missions).

The Blue Lotus Triad are the rival gang to the Red Dragon Triad, whom they would enter the war after their negotiation for peace being sabotaged by Agent 47. When 47 inflitrated into Chiu Dai Park in Kowloon District, an negotiator of Blue Lotus was meeting with a Red Dragon Negotiator, who would be killed by 47 with a sniper. The said Blue Lotus Negotiator was an VIP and must be kept alive.

Later, the corrupt local chief of police planned to broker a truce between the gangs to maintain order, but he alongside another Red Dragon Negotiator were assassinated by 47, who framed the Red Dragon Triad for assassinating the chief, causing the police force to break uo with the triad and the final defense towards Lee Hong shattered.

It became unknown what happened to the Blue Lotus Triad after Lee Hong's death. It most likely dissolved after having one of its leadership and major members eliminated, but even if it didn't, it was still severely weakened and was never heard of again since 47's mission in Hong Kong (except his flashbacks over the missions in Contracts). 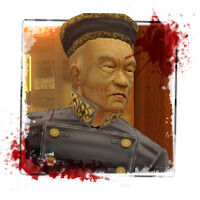 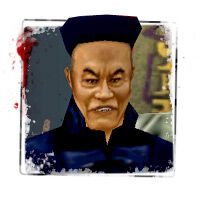 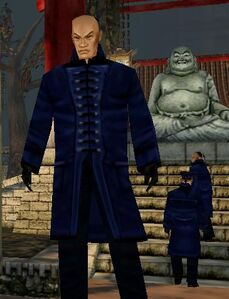 Members of the Blue Lotus Triads in Hitman: Codename 47 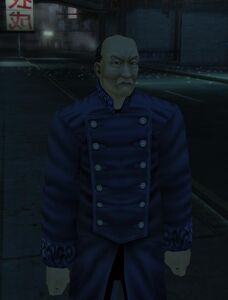 Members of the Blue Lotus Triads in Hitman: Contracts