Blue Snowman is a supervillain from DC comics and first appeared in Sensation Comics #59 (November, 1946). Byrna Brilyant's scientist father died while working on his invention of "Blue Snow," a special form of precipitation that freezes everything it touches. This invention was intended to serve humanity, however Byrna puts her father's work to more profitable uses. Creating the masculine identity of the "Snow Man" and unleashing the petrifying power of Blue Snow upon the farming community of Fair Weather Valley, demanding each farmer's life savings in return for the chemical antidote that will free crops, livestock, and people from the snow's effects.
Thwarted by Wonder Woman, Byrna would later don a blue suit of armor; renaming herself the "Blue Snowman". 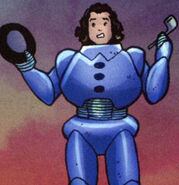 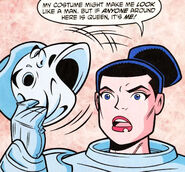 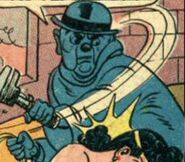 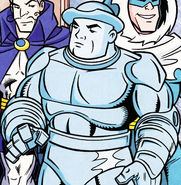