Founder and CEO of BLU

Fighting and bickering with his brother for whatever reason

Dimwitted Business Rival
Blutarch Mann is the brother of Redmond Mann and Gray Mann and the one who hired the BLU team in Team Fortress 2. Blutarch uses an life extender machine in an attempt to outlive his twin.

He is voiced by Nolan North, who also voices his twin brother Redmond Mann, Merasmus in Team Fortress 2 and Penguin in Batman Arkham Series.

In Blood Brothers (set in 1971) he and Redmond decided to end their long war over Gravel and to try and create a clone of themselves to carry on their legacy. The third of the Mann triplets, and their lost brother, Gray Mann appeared and revealed he had organized the meeting, he then told them about who he was and assassinated them.

In Grave Matters (set a few seconds after the previous webcomic), Blutarch has the ghosts of Redmond and Blutarch arguing who died first thus who won the war. They eventually have their opposing teams, RED and BLU, push each other's cart (who is stuffed with their corpses) to Hell, as whoever gets to Hell first is the first to be technically dead and so, whoever gets to Hell first loses. Since this is a never ending game mode, it is never determined who actually wins the war, as it simply depends of the players. 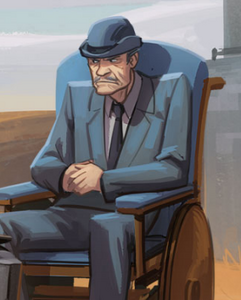 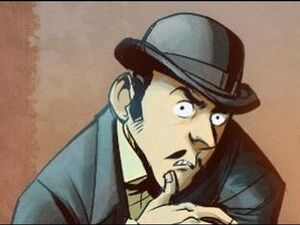 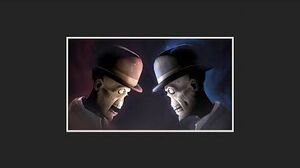