Images and videos of the infamous racist evildoer known as Bob Ewell from To Kill a Mockingbird, which was originally the novel published by Harper Lee in 1961, but became a film in 1962. 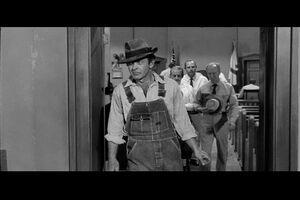 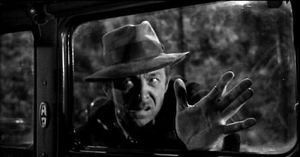 Mr. Ewell as Atticus ignores him and walks into the car where Jem is. 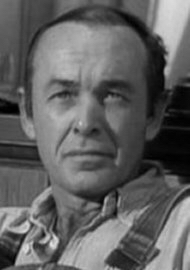 A portrait of Bob Ewell. 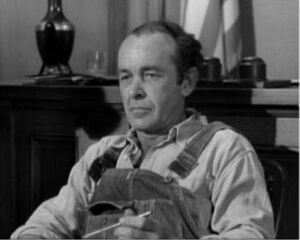 Mr. Ewell sitting back in his chair. 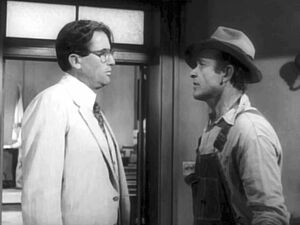 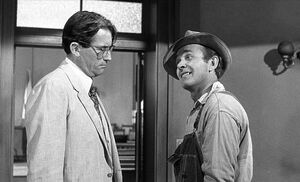 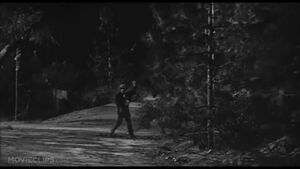 Bob Ewell raises his fist in the background. 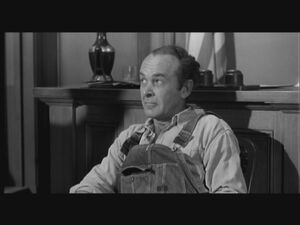 Bob looking up at Atticus during the court case.

Bob Ewell, as he appears in the film. 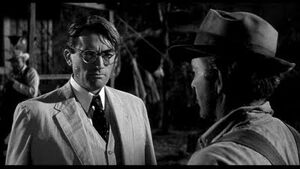 Bob Ewell and Atticus Finch staring at each other. 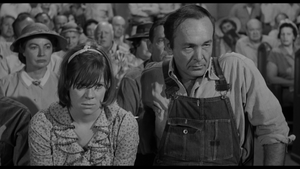 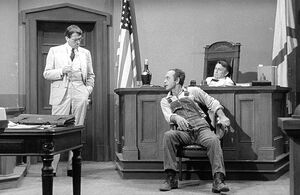 Bob Ewell accused by Atticus of abusing his daughter and lying about Tom Robinson. 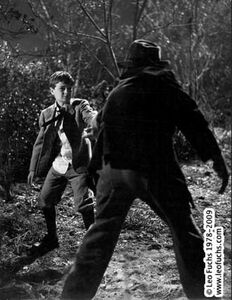 Bob Ewell fighting Jem while the latter tries to protect Scout, shortly before his death by Boo Radley. 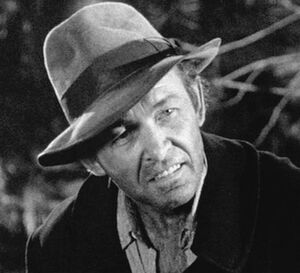 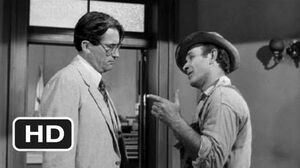 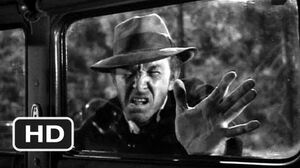 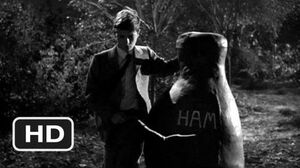 To Kill a Mockingbird (9 10) Movie CLIP - Boo is a Hero (1962) HD
Add a photo to this gallery
Retrieved from "https://villains.fandom.com/wiki/Bob_Ewell/Gallery?oldid=3794390"
Community content is available under CC-BY-SA unless otherwise noted.