Silent Minion
Robert "Bob" Smith is Mr. Chairman's former henchman and the secondary antagonist of Looney Tunes: Back in Action.

He was portrayed by professional wrestler Bill Goldberg, who also played Santa Clause in Santa's Slay.

Bob is first seen watching DJ Drake (the hero) and Daffy Duck driving (via TV Screen from an ACME satellite), speaking of a blue diamond called the Blue Monkey, and even hears Bugs Bunny wonder about it. He goes off to report this to Mr. Chairman, thus giving him the idea of using it to take over the world.

Later, he is shown kidnapping the heroine, Kate Haughton (in a bag) up the Eiffel Tower in France and climbs onto a helicopter.

Later, Bob (among the Tasmanian Devil and Mr. Chairman) is disguised as Sylvester in the African jungle. Then, after transporting Mr. Chairman, DJ, Kate, Bugs and Daffy back to the Acme Corporation building, Bob turns out to be a Tazmanian She-Devil in disguise, with whom Taz quickly falls in love and they become a couple. 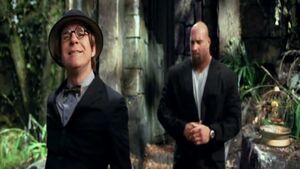 Bob with his boss Mr. Chairman 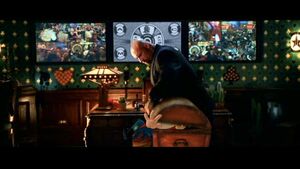 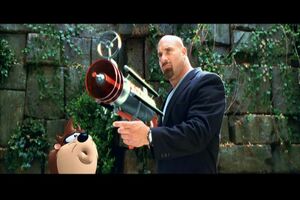 Bob disintegrating the gang back to ACME 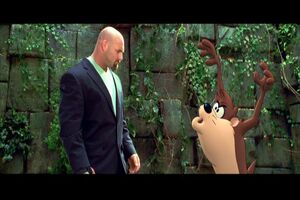