Bob the Killer Goldfish is one of the main villains from the Earthworm Jim series.

He was voiced by Jim Cummings in the animated show, and he speaks with a heavy southern accent.

Bob is a small goldfish from La Planeta De Agua, an oceanic planet. The only fish born with intelligence, he easily assumed control over the planet. He discovered the only piece of land on the planet, where lived a small group muscle-bound cats.

Bob convinced the cats to serve him, in exchange for the plans to build a giant aqua-dome where they could live without getting wet. Bob numbered the cats from 1 to 7, and choose the strongest of them, #4, to be his personal henchman, carrying Bob's bowl on his shoulder. Believing that fish are the highest form of life.

Bob decided to conquer the entire universe, but he knew he wouldn't be able to do so until he had arms and legs. Earthworm Jim eventually arrived at his planet, while giving chase to Psy-Crow. Bod decided to claim Jim's super suit as his own, sending the cats after him.

Jim crosses the aqua-dome while running away from the cats, eventually reaching Bob himself. Jim, them simply knocks Bob out of his bowl and leaves him splashing about. Later on, Bob would help Psy-Crow in his plan to marry the Princess whats-her-name, only as a means to become ruler of the universe himself. Once again he faces Jim, who simply swallows him. Much time later, when Jim enters a coma after being bashed by a cow, Bob would be one of many villains who invaded his brain.

He entered Jim's fantasies, where he turned all of Jim's old-west heroes into evil grannies to do his bidding. Jim fights off his fantasies and reaches Bob and #4, defeating them and expelling them out oh his brain. In the cartoon, Bob is also focused on conquering the universe. Most of the time, he is trying to convince the fish of La Planeta De Agua to help him in his mad schemes. However, most of his plans end backfiring on him.

Like any evil ruler, Bob is arrogant and megalomaniacal. He is also inherently manipulative since he needs others to do his bidding. 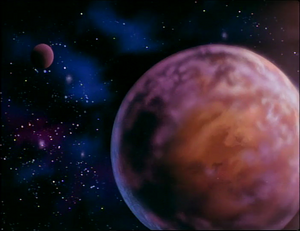 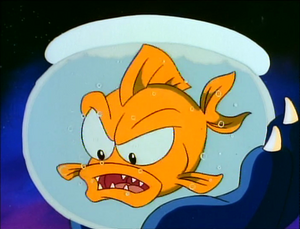 Bob in the show 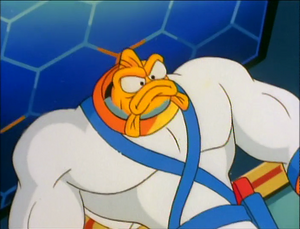 Bob in Jim's suit
Add a photo to this gallery

Retrieved from "https://villains.fandom.com/wiki/Bob_the_Killer_Goldfish?oldid=3776986"
Community content is available under CC-BY-SA unless otherwise noted.