Host of Bobble the Clown show

Servant of the Old Gods

Get revenge on the SCP Foundation.

Bobble the Clown is a humanoid creature resembling a clown under the SCP Foundation's containment. He is the star and producer of SCP-993, which is a television show that brainwashes children.

Like many monster clowns, Bobble the Clown is a cruel and sadistic character hiding behind a cheerful and colorful facade. Through his TV show, Bobble performs various illegal and immoral acts, including torture, murder, arson, cannibalism and stalking. He takes delight in all of these acts, and happily shares information to his audience on how to perform these acts effectively (such as using mosquito coils to set buildings on fire, or how to inflict painful, but non-lethal wounds). Bobble loves nothing more than to twist and manipulate the minds of children into doing evil deeds, having taken many forms for millennia to accomplish this task. When deprived of an audience or otherwise rendered unable to broadcast his twisted messages, however, Bobble quickly loses his happy-go-lucky mask and becomes increasingly sadistic and vindictive, using his supernatural abilities to stalk and spy on his enemies to find their weaknesses, taunting them for a while before finally murdering them.

Bobble the Clown was first discovered by the Foundation after they found his television show entitled Bobble the Clown, which has the designation of SCP-993. In each episode, Bobble would go around to different locations and learn a new lesson. However, if these programs are viewed by anyone over the age of ten, they will fall unconscious at the beginning of the episode and remain in that state until the episode ends, waking up with extremely painful and long-lasting headaches.

Child victims exposed to SCP-993 instances claim that the show teaches and endorses illegal, violent and horrific actions such as stalking, murder, torture, cannibalism, and many more. The episodes give careful and step-by-step instructions on how to commit these atrocities, and the actions become ingrained into subjects' minds, making them obsessed to carry out the actions themselves. Repeated exposure to SCP-993 cases can result in severe mental illness.

Episodes are released frequently from an unknown source, but in the 2000s, the SCP Foundation was able to block all of them from public viewing and obtain recordings of all documented episodes.

However, Bobble the Clown seems to be able to manifest from recordings of his show, and can even interact with or attack SCP Foundation personnel. He hates them for cutting him off from the children and wants revenge. In interviews that have been managed, Bobble says that he enjoys twisting children's minds and has been doing it through various means for millennia, possibly dating back to the caveman days and that Bobble the Clown is just one of its forms, its previous being the mythical skinwalker.

In an alternate dimension designated SCP-1730, Bobble was contained in the infamous Site 13. When questioned by a task force, he said he had been "broken". He had gotten a taste of his own medicine when the evil Director Emerson, the site's director, had tortured him, and allegedly "got his jollies on" to doing such. This version of Bobble assisted the Samsara task force by opening a door to the Thresher room. 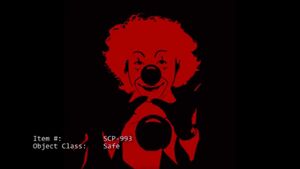 Bobble the Clown after being captured by the SCP Foundation. 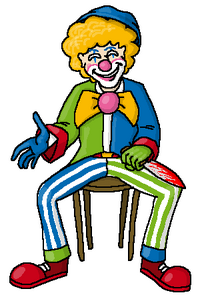 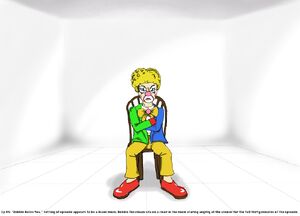 Bobble the Clown sitting on a chair as shown in "Bobble Hates You". 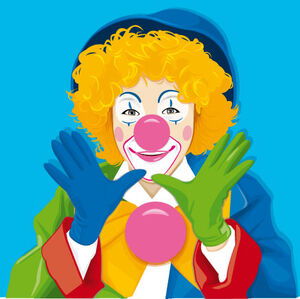 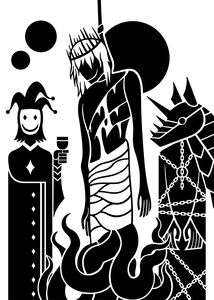 Bobble the Clown with the Scarlet King and the Hanged King. 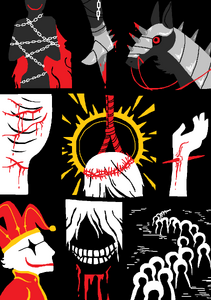 Bobble the Clown, the Scarlet King and the Hanged King. 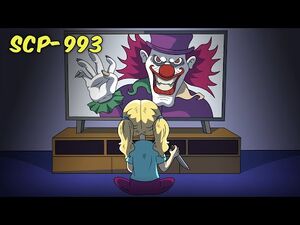 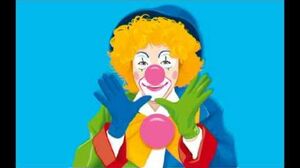 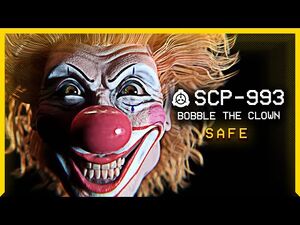