Bobby Is a demonic and deformed 8-year old kid with creepy white eyes and a creepy skull like face with blonde hair. He wears a blue schoolboy uniform with shorts and with a blue coat which matches his shorts.

When Mary Barrows gives birth to a pair of twins, Bobby and Dan, they were not human, they discovered as demons by a doctor named Walter Simpson, who was the one who help Mary give birth to the twins. He tried to kill the twins, but he was sealed in a padded room where he died of suffocation.

The game immediately begins with the five of them walking towards the Barrows Mansion and settling in the main foyer. Mary instructs them to wait there in the foyer and leaves to find Mr. Barrows, but she takes an unusually long time. Jennifer offers to investigate, but upon leaving the room, a scream is heard from the main foyer. Jennifer returns to find the lights are off and the girls are missing.

She soon finds herself being stalked after finding either Laura or Anne killed by a murderous little boy with deformed features, wielding a giant pair of scissors. Laura's corpse would be found hanged at the bathtub, or found in a suit of armor in the second living room if the player dares to click on it, while Anne would die either by being impaled through a stained-glass ceiling, drowning in the pool of the courtyard, or being impaled through a window in Mary's office. The boy is Bobby Barrows, the Scissorman, who will be Jennifer's main stalker and tormentor for the rest of the game.

The Demise of Bobby Barrows

Bobby's legacy as Scissorman lives by his giant scissors and mentioned throughout the game. 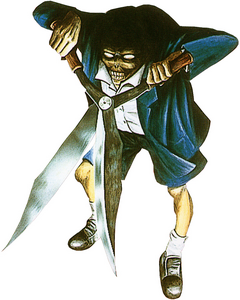 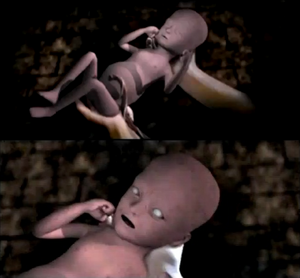 Walter assisting one of the Barrows' birth. 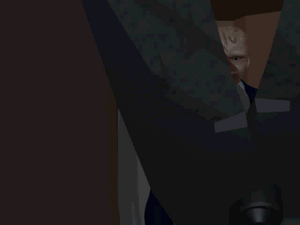 Bobby in the PC version intro.

Bobby in Ending "H".
Add a photo to this gallery 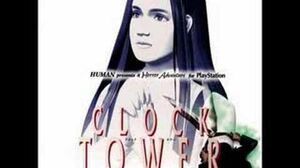 Retrieved from "https://villains.fandom.com/wiki/Bobby_Barrows?oldid=3777219"
Community content is available under CC-BY-SA unless otherwise noted.