Mentally-Ill Addict
Robert "Bobby" Possumcods is a recurring villain from the Comedy Central animated series, Brickleberry. He is a  redneck hillbilly, who lives in a run-down old trailer with his slightly more braindead companion, BoDean Lynn. He is villainous for multiple accounts of rape, theft, poaching, and racism as well as being a proud member of the Ku Klux Klan. He first appeared in "Welcome to Brickleberry" and made his final appearance in "Paradise PD Meets Brickleberry", where he was killed off the show.

He is voiced by Waco O'Guin. 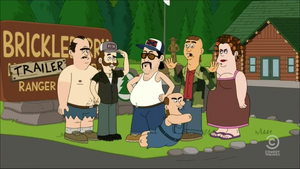 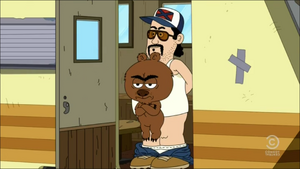 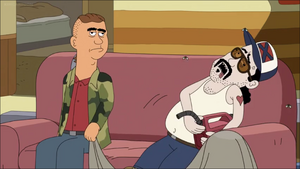