To survive the Stevenson County murders at the hands of Ghostface (failed).

He was portrayed by Jon Abrahams.

Bobby is Cindy's boyfriend and Ray's best friend, he is also friends with Brenda, Buffy and Greg, although his courtship with Cindy is wonderful, he is upset because their relationship is not as sexual as his friends it is revealed (although it may be a rumor) that he cheated on Cindy with Buffy once. Bobby is from a poor family and lives in a trailer on the school campus with them, he washes his clothes at the fountain, however always arrives late at school.

Bobby spends the whole film pressuring Cindy to have sex, until he manages at the party at her house, Cindy masturbates in it making him ejaculate a large amount of semen causing her to bump into the ceiling.

Bobby revealed himself when he shot Shorty Meeks with gun. He along with Ray captured Cindy's dad and Bobby told Cindy the reasons, and also revealed he and Ray are actually gays, however Ray denied it. To not be suspected by the police, Ray and Bobby want to stab each other. However, Ray lost control and stabbed Bobby many times. When Bobby reminded him that it was his turn, Ray refused to be stabbed himself. The real killer appears behind Ray and stabbed him with hook. Ray falls on Bobby in a doggy-style fashion. 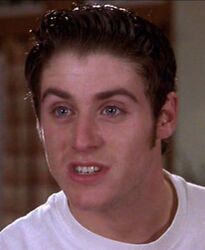 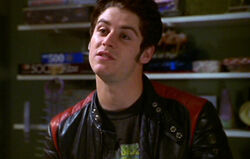