Power-Hungry Robot
The Body of Evil is the hidden antagonist of the Fairly Odd Parents Webisodes. He is made out of the Crimson Chin's villains, those being Bronze Kneecap, Brass Knuckles, Copper Cranium, Iron Lung, and Gilded Arches.

At first, The Body of Evil showed no sympathy for the town and was only obsessed with helping the villains rule it. However, as Timmy became the Heart of Gold, he leaps on the robot and made it become good.

After the Crimson Chin and Cleft defeated the villains and put them away in jail, the villains were concocting a scheme, now that they were in the same jail cell. Just then, Doctor Robot, back from a game of giant golf, freed the villains and stuffed them inside his chest, forming the Body of Evil.

The robot spitted out the villains and put them in separate jail cells. It then skipped away, throwing flowers from a flower basket.

The Copper Cranium uses his copper skull like a wrecking ball to destroy the entrance to the First National Bank of Chincinatti.

Oslo Punchlowski or the Brass Knuckles is a professional fighter who robs nail salons, glove factories and the bank to pay for the manicures and gloves.

The Gilded Arches was a former child star whose feet grew when he hit puberty while the rest of him stayed small and scrawny. He decided to stomp and destroy every movie theater that no longer shows his movies.

The Iron Lung is a metal being who has the ability to suck in and blow air towards his enemies.

Rod Hambone or the Bronze Kneecap is the Crimson Chin's arch-nemesis.

The basis of the Body of Evil. He was created by the Bronze Kneecap to kick a giant soccer ball towards Chincinnati City Hall as part of a reflex test on a mechanical knee while attacking the Chin. 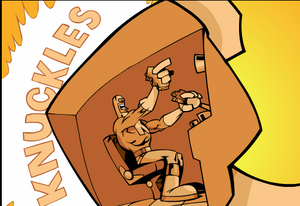 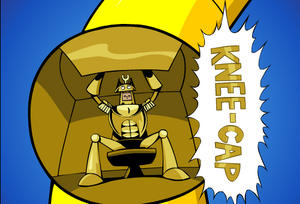 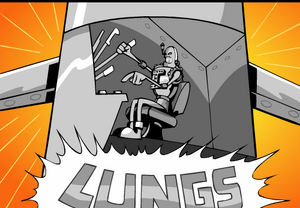 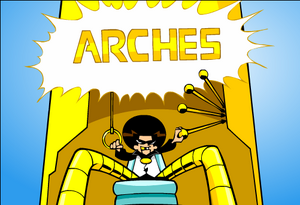 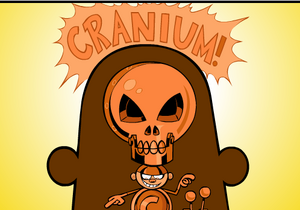 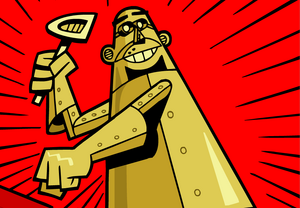 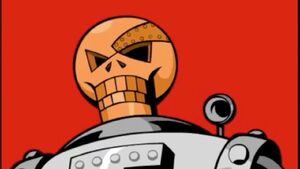 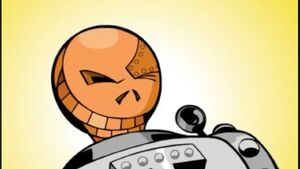 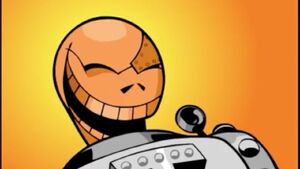 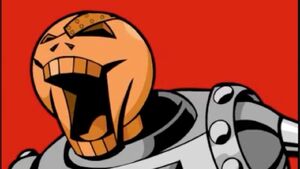 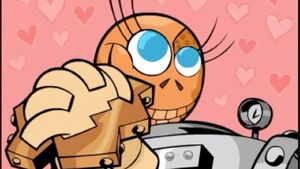