Inmate of Shawshank Prison
Leader of the Sisters

Torture Andy Dufresne as much as possible (succeeded for a while, yet failed).

He was portrayed by Mark Rolston, who also played J. Scar in Eraser, Lex Luthor in Young Justice, Deathstroke in the Arkham series and Norman Osborn in Marvel's Spider-Man.

According to Red, one of the protagonists, neither Bogs nor the other Sisters were homosexual, meaning they subjected Andy to years of torture merely out of pure sadism and that he didn't want to risk harassing someone who could fight back, proving by the way that he is a coward. He can put up a polite facade when talking to someone but his creepiness is still palpable and he only does that for his next prey to rape. Bogs doesn't care about anybody, even his fellows, as long he succeeded to rape somebody. He is also arrogant, as he thinks nobody will bother him when the Sisters is with him to back him.

Bogs is the leader of the Sisters, a gang of prison rapists who attempt to rape and brutalize the protagonist, Andy Dufresne, for an unspecified but long amount of time.

At one point, Bogs threatens to stab him in the skull unless he agrees to have oral sex with him and one of his men Andy had punched in an attempt to fight them off. He manages to prey on his ignorance, but Bogs brutally beats Andy and sends him to the infirmary for a month instead.

As a consequence for this act, he is given a week in solitary confinement. This eventually stops when Captain Byron Hadley (who saw how useful Andy was and wanted to repay him for helping him) brutally beats Bogs to the point of permanently crippling him. He's later sent to a minimal security hospital for the remainder of his life while his gang leave Andy alone for good.

In the original novella, Bogs is a minor character as he's only mentioned once and simply transferred out of Shawshank instead of being crippled by Hadley and taken to a security hospital. While he is a member of the Sisters in the book, he is not their leader. Neverthless, much like in the film, the Sisters stopped harassing Andy after Bogs' departure. That said, given his crimes, Bogs could be as vile as he was in the movie despite having little impact. 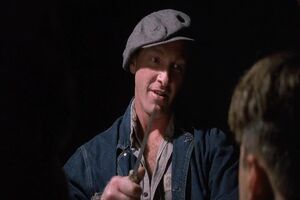 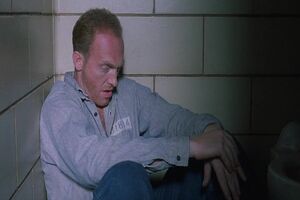 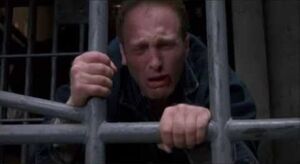 Bogs being beaten by Captain Hadley. 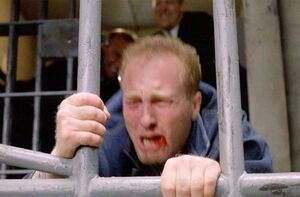 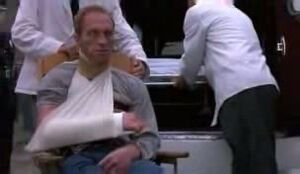 Bogs hospitalized after his beating.
Add a photo to this gallery

Retrieved from "https://villains.fandom.com/wiki/Bogs_Diamond?oldid=3802259"
Community content is available under CC-BY-SA unless otherwise noted.