Elemental powers
Krana-Kal
Ability to transform into the Kaita

Free the Bahrag queens and reawaken the Bohrok again (all failed).

The Bohrok-Kal are the main antagonistic faction that appeared in the first half of the 2003 storyline of the BIONICLE series before Makuta Teridax became the main antagonist in the 2nd half. They are the six elite Bohrok, who were created by the Bahrag as a failsafe. Their mission was to free the queens of the swarm following their defeats at the hands of the Toa Mata and unleash the Bohrok once more. Their mission ultimately ended in failure.

Prior of the main event of the series, the Bohrok-Kal were created by the Bahrag queens, Cahdok and Gahdok. The Bahrag then exposed each six Bohrok from each breed to the mutagenic substance. The Bohrok-Kal then acquired the new elemental powers, replacing their previous powers and were piloted by the creatures called the Krana-Kal, the advanced version of the Krana worn by the normal swarm members.

Unlike the original Bohrok members who do not have the actual personalities, the members of the Bohrok-Kal were very arrogant and boastful. They are also very cruel and sadistic as not only they attacked their foes without hesitation but also the other members of the swarm. However, they are very loyal to the Bahrag as they are completely dedicated to their mission of freeing them and considered anything that crossed path with them as an obstacle. 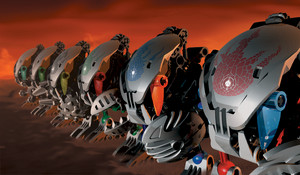 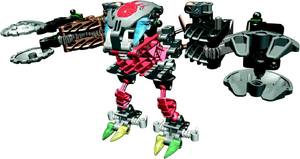 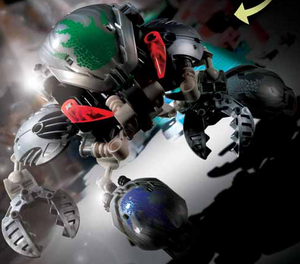