Blowing things up (especially by tricking them with explosive TVs)

Bokkun is a minor villain found in the anime-esque cartoon series Sonic X and is designed to be a "messenger robot" to Dr. Eggman - as a result he can be considered a type of Badnik, although he is extremely ill-treated by Eggman he is loyal to him to a fault.

Bokkun is infamous for his regular practice of delivering messages to heroes via the use of a special television set that will explode afterwards - however despite this rather dangerous trait he is more of a pest and minor enemy than a full-scale antagonist.

Bokkun's species is an alien to determine but he is most likely meant to be a type of Dark Chao - although their has been a debate over whether or not he is a robot or an animal it is almost certain that he is intended to be a robot due to him being referred to as a "messenger robot" as well as his alternative name being Messenger Robo in the Japanese version of the series. At least until both his voice actor and episode 44 confirmed he was more likely a dark chao, the latter by openly showing him eating and digesting sweets.

Bokkun is secretly in love with Cream The Rabbit and carries her picture around in a trinket, this was used by Rouge The Bat to blackmail him into helping her during the third series. 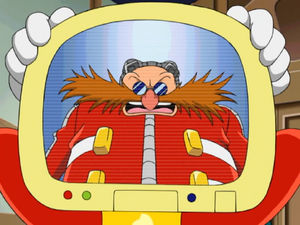 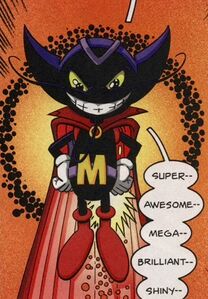 Bokkun as he appears in the Archie Comics 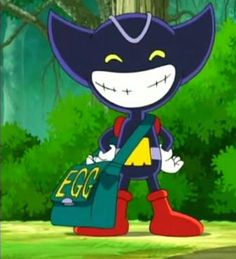 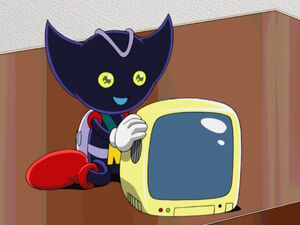 Bokkun with a TV bomb 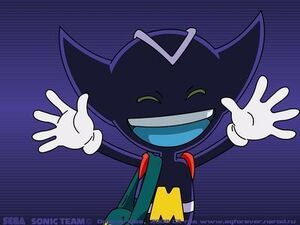 Bokkun gets in love with Cream
Add a photo to this gallery
Retrieved from "https://villains.fandom.com/wiki/Bokkun?oldid=3256926"
Community content is available under CC-BY-SA unless otherwise noted.