High-Ranking Official of the Path of Peace

Control within the Path of Peace
Drugs
Trust by followers

Having sex with women
Abusing his power

Take control of the Path of Peace and have it fall into Imperial control. (failed)

Corrupt Official
Bolic is a villain from the dark fantasy anime/manga series Akame Ga Kill!. He's a spy for The Empire who has infilitrated the religious organization known as the Path of Peace with the intent of getting close to its leader and having it placed under Imperial control to prevent a their rebellion.

Bolic is a tall and muscular man covered in red and white robes being a high-ranking official of the Path of Peace. He wears a large white hat which has the symbol of the PoP on it. He has a very bulky head and has pointy brown hair and brown eyes with a beard as well.

Bolic is both a clever and curious man. He was able to get rather close to The Lord and has even gained the trust of many of the Path's members, specifically women. He would often drug and rape women who were drugged and had sex with women under the guise of "purifying" their bodies. Bolic's also cowardly as he would rely on bodyguards to protect him and panic when they failed.

Bolic is first seen where he becomes the latest assassination target for Night Raid after the Revolutionary Army found him out to be a spy for the Empire and is a high-ranking official within the Path of Peace who is close to the organization's leader. Since the Path of Peace is one of the Revolutionary Army's allies, Night Raid is assigned to assassinate him to prevent him from halting the planned uprising from the Path. He's then seen at a dinner reception where he's introduced to the Jaegers and in return, he shows them his personal bodyguards, the Four Rakshasa Demons.

He's later on seen at a church after the party where he drugs a couple of women and says that he'll "get them closer to the lord" but he instead has sex with them as if they were toys. Eventually however, the church comes under attack by Night Raid as they fight off the guards and face off against Kurome and Natala as they are the only bodyguards left since the demons were destroyed. During the raid, Leone is injured and Bolic tries to rape her but he's faced by Akame and Mine where he tries to run away but Leone grabs him and he's cut down and killed by Akame. 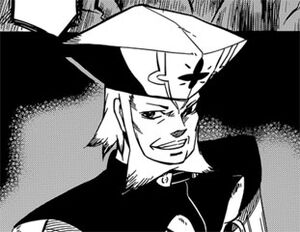 Bolic in the manga 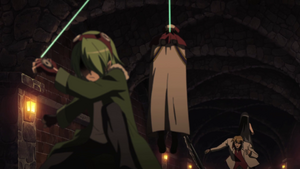 Lubbock and Akame kill both Bolic and Holimaca 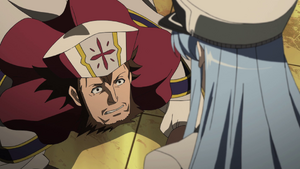 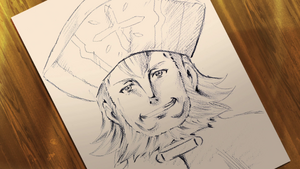 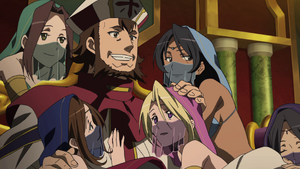 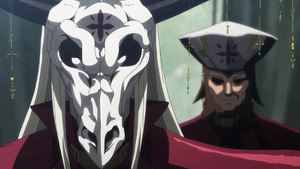 Boric close to The Lord 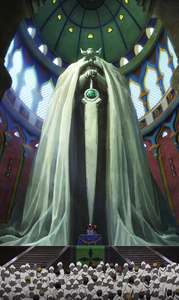 Boric at a Path of Peace mass 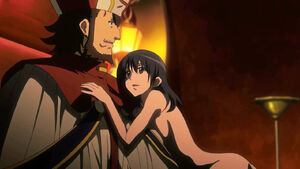 Retrieved from "https://villains.fandom.com/wiki/Bolic?oldid=4345067"
Community content is available under CC-BY-SA unless otherwise noted.