NOTE: This article is about the incarnation of Bolivar Trask from the X-Men film series. The mainstream version can be found here: Bolivar Trask.

Studying the life of mutants and how they survive.

Gain the aid of US Government and the help of other world leaders to fund and confirm the Sentinel Program in order to cleanse the entire world of mutants for the good of the human race (past; all failed).

Bolivar Trask is the main antagonist of the 2014 superhero film X-Men: Days of Future Past.

He is a ruthless scientist and successful businessman, industrialist and weapons maker whose the head and founder of Trask Industries and creates and army of Sentinels to destroy mutants in order to cleanse the world from them for the good of the humanity itself.

He was portrayed by Peter Dinklage, who also played Captain Gutt in 20th Century Fox/Blue Sky's Ice Age: Continental Drift, Eddie Plant in Pixels, Tyrion Lannister in Game of Thrones, and Simon Bar Sinister in the 2007 adaptation of Underdog.

During the end credits sequence after the events of The Wolverine, an ad of Trask Industries is shown at an airport where Logan (Wolverine) is just about to leave Japan. There, Magneto tells Wolverine that a new threat is rising, humans commence to create robots the Sentinels able to destroy Mutants. As Wolverine makes a tried attempt to kill Magneto, Proffesor X says what is happening is true, which leads to the extinction of not only Mutants, but humans, as well.

Trask experimented on mutants for their DNA to create robots called Sentinels whose sole purpose is to track and kill mutants (despite Trask having respect for them). Among those he experimented on and killed were Banshee, Emma Frost, Azazel, Angel Salvadore, and Riptide (though a viral marketing suggests Azazel and Angel were dead before Trask experimented on them while Riptide got experimented, even though he was not killed), although Mystique was able to save Havok, Toad, and Ink from this fate after they were apprehended by Trask's military henchman Major William Stryker in Vietnam. Mystique sought to assassinate Trask in revenge for what he did to her comrades. However, this would lead to an apocalyptic future; after killing Trask she was captured by Trask Industries and her DNA used to create a new generation of Sentinels who, like her, had the ability to adapt themselves to counter any mutant they fought, making them invincible. In this timeline Mystique did not survive and suffered the same fate as Trask Industries's other research experiments. After eliminating or capturing all mutants, the Sentinels then proceeded to identify the genes in non-mutant humans that could lead to them having mutant children, and began targeting them as well. In the end, all of humanity were subjugated and only the most banal elements of mankind remained in charge of the planet, with the aid of the Sentinels. For this reason Wolverine was sent back in time to prevent Trask's death.

Trask was denied funding for his Sentinel project, and attempted to sell his technology to communist nations at the Paris Peace Accords to end the Vietnam War. Mystique tried to kill Trask, but Wolverine, Charles, Hank, and Magneto stopped her. However, as a result of a battle from Magneto trying to kill Mystique, the people were horrified by the existence of mutants and Trask's sentinel program was approved; furthermore, Trask obtained Mystique's blood and summarized it was exactly what he needed to make his Sentinels adaptive and truly unstoppable by any mutants. However, the blood would not be enough, and he desired to capture Mystique so he could extract and study her entire DNA profile, including bone marrow and spinal fluid.

After saving President Nixon from being killed by Magneto, Mystique tried to kill Trask a second time, but Charles Xavier convinced her not to, averting the bad future. Because a mutant saved the president, the Sentinel Program was shut down, much to Trask's anger. Later on, according to a newspaper article, Trask was arrested for selling military secrets to foreign powers after his Sentinel program was shut down.

After saving President Nixon from being killed by Magneto, Mystique tried to kill Trask, but Charles Xavier convinced her not to, averting the bad future. Because a mutant saved the president, the Sentinel program was shut down, and Trask was later arrested for selling military secrets. After the mid-credits, Trask was revealed to have been imprisoned in a cell under Pentagon where Magneto was imprisoned for killing JFK.

As the owner of Trask Industries, Dr. Bolivar Trask presented himself as benevolent, noble, caring, and generous businessman and altruist who used his company as a means of helping the world and solving humanity’s problems. He was a scientific genius, being able to create numerous high-tech inventions that were decades, if not centuries, ahead of his time. This included special detectors that could detect the X-Gene humans, as well as the Sentinel robots, which were constructed from a space-age polymer.

However, Trask’s genius and public persona hides his true personality. In truth, Trask is a ruthless, arrogant, obsessed, amoral, and genocidal xenophobe. Trask sees the evolution of mutants as the greatest threat to human race, believing that as time passes and more mutants are born they will eventually eradicate all those who don’t have powers like them. This shows Trask’s darwinistic mindset, as he believes that mutants will, without question, wage war on the Earth’s human population and eradicate it due to being the stronger and more evolved species. Because of this viewpoint, Trask views himself as a righteous soul who is doing what ever is necessary to save his species from extinction against a growing threat that most are oblivious to. This lead him to perform a number of amoral deeds in order to protect humanity, including unethical experiments in which innocent mutants were tortured and dissected. This also prompted him to create the Sentinel Program, in which his creations would target mutants and eradicate them, seeing it as the only means of ensuring humanity’s survival. Despite this clear intention of genocide, Trask claims that he, in truth, doesn’t hate mutants but rather admires them for their powers and the solution that they represent to humanity’s struggles. To him, mutants represent a common struggle that all nations and people must confront, thus he sees his attempt to eradicate them as not only a way of preventing the annihilation of the human race, but also uniting it and brining about a new era of peace as well.

Despite whatever he may say to the contrary however, Trask is indeed a bigot who despises mutants. This is shown by how despite claiming to have respect for them, he kidnapped and tortured many innocent mutants in his laboratories, possibly even without anesthetics. Once more, he called Mystique such phrases as “creature” and “it”, showing that he had no real respect for her as a person. He was also content with having mutants who were indeed peaceful and conexisting with humans to be killed off as well, including children. Trask was also willing to betray his country to get his Sentinel Program running, as he sold military secrets to enemy nations who were hostile to the US. This shows that Trask was willing to go to whatever lengths he felt were necessary, in order to to ensure his genocidal plans were carried out.

Trask also shows himself to be a fanatic in his xenophobic view of mutants. While he may not be a fighter, he is no coward. Both in the original and new timelines when Mystique held him at gunpoint, rather than panic or flee, Trask accepted his fate. In both of these instances, he did so with a look of defiance and hate in his eyes, showing that in his final moments he considered himself a martyr for a noble cause. This proved once again, his hatred of mutants regardless of his self-proclaimed respect and admiration for them

In his attempts to eradicate mutant kind, Trask makes not only monstrously amoral decisions, but also short sighted ones as well. He didn’t deny that many non-mutants would die in the crossfire of his Sentinel Program and that a large portion of America’s population would be wiped out as a result. This shows that Trask was willing to sacrifice thousands, if not millions, of humans if it meant ensuring the existence of the human race as a whole. He also was willing to sell the Sentinels and their designs to communist dictatorships, who could have used such technology for their own gains, which could have made Trask responsible for new wars that killed millions of humans instead of mutants,

Trask also seems to have a bit of an ego as well. He is shown to look down on other humans who don’t share his viewpoint about mutants, viewing them as naive, foolish, and cowardly. Trask is also unwilling to admit whenever he is wrong or has made a mistake, despite everything that is presented to the contrary. When the Sentinels started attacking human civilians, during their presentation ceremony (which was actually Magneto’s doing) he stubbornly and angrily kept saying that he “would fix it” rather than show any actual regret and horror over his creations performing the opposite of their purpose. This shows that Trask sees himself as always correct and in the right, revealing his self-righteousness and lack of regard for others beliefs and opinions. Even after his defeat and imprisonment, Trask shows no remorse for his amoral deeds. Rather than be grateful to Mystique for saving him and sparing his life, he still continues to hate mutants, retaining his belief that human and mutants can never coexist with each other.

Despite his amoral actions, prejudice against mutants, and intentions of genocide, Trask does have some more positive traits. He genuinely believed that his actions would save humanity from extinction and would ensure both an end to senseless wars and the foundation a new peaceful era for world. Like many Americans, Trask was also appalled by the Vietnam War, viewing it as an unjust and pointless conflict in which millions of Americans and Vietnamese were senselessly slaughtered for no good reason. It could be suggested that the gruesomeness of the Vietnam War is what increased Trask’s ruthlessness, as such senseless carnage caused him to find a solution to such terrible conflicts, which he saw in the form of a world-United front against mutants. 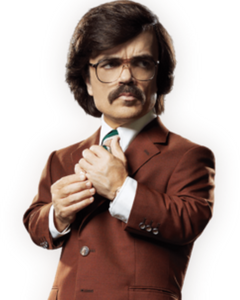 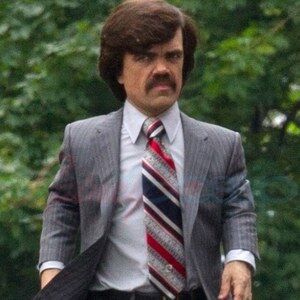 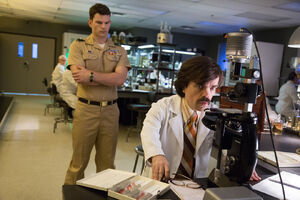 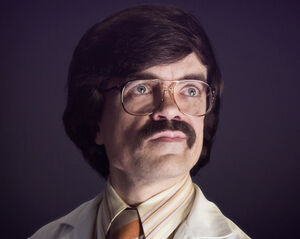 Retrieved from "https://villains.fandom.com/wiki/Bolivar_Trask_(X-Men_Movies)?oldid=4195967"
Community content is available under CC-BY-SA unless otherwise noted.