Bomb Man is one of the secondary antagonists of the original Mega Man, as well as its adaptations and remake Mega Man: Powered Up.

Bomb Man is a robot designed for demolition and land development, and one of the six original Robot Masters reprogrammed by Dr. Wily. He acts like a teenager. A daredevil who enjoys fighting and has an attitude to match. He has a tendency to waste both his bombs and his money.

Bomb Man was originally built for demolition and land development. He was usually paired with Guts Man. He was reprogrammed by Dr. Wily in an attempt to rule the world.

During the battle, he jumps around the room while throwing bombs at Mega Man. Bomb Man's attacks are accurate. He tends to jump away whenever Mega Man is close. His weakness is the Fire Storm.

Bomb Man appears in the ending of Mega Man 3.

Bomb Man is a balanced player that does not have his own team. In tournament mode, he joins the teams of Fire Man, Elec Man, Pharaoh Man, Dust Man, Skull Man and Dr. Wily.

If Mega Man is defeated in his battle with Magnet Man, Bomb Man will save Mega Man, giving him another chance to beat Magnet Man.

Bomb Man appears in the Bomb Wars minigame. Mega Man has to defeat him before the timer runs out. Bomb Man is high up and Mega Man must throw bombs at him to damage Bomb Man.

Bomb Man appears as a support spirit that makes the fighter start the battle equipped with a Bob-omb. His spirit battle is a Stamina battle against two Young Links on the Ω form of Wily Castle that have increased power to fire and explosive attacks and favor down specials. 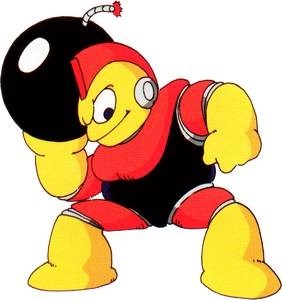 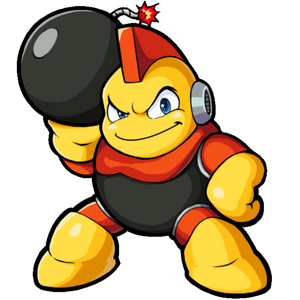 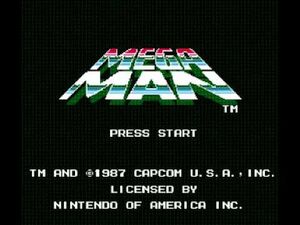