NOTE: This article is about the incarnation of Bonecrusher from the Transformers live-action film series. The mainstream version can be found here: Bonecrusher.

His claw and missiles

Standby and waiting for orders.

Bonecrusher is a minor antagonist in the 2007 film Transformers. He is a giant raging Decepticon who served for Megatron.

Bonecrusher was first seen hiding in a motor pool on a military base when he received a message from Starscream to mobilize after Frenzy discovered the whereabouts of Megatron & the Allspark. He left the base & replied he is "rolling" out. He then joined Devastator & Barricade on the highway to confront the Autobots & their human allies who have the Allspark in their possession.

Devastator wandered elsewhere, so Barricade & Bonecrusher continued the pursuit on the freeway. Barricade active his sirens to clear a path. Bonecrusher was unsatisfied with this that he rammed on a car & started scooping vehicles with his shovel out of the way.  The Autobots didn't find this suspicious until Sam Witwicky recognizes Barricade & warned them. Optimus Prime, Ironhide & Ratchet aligned to protect Bumblebee from the Decepticon clutches.

When they landed, he sucker-punched Optimus, who then punched him so hard his left eye popped out of its socket, while being watched by a kid in a SUV who claimed it was cool, only to be hugged by his frightened mother. The two played a little cat & mouse fight along the overpasses. After Optimus jumped down on a ground level, Bonecrusher swung his claw right at him while screaming madly. This gave Optimus an opportunity to unsheath his energon sword, which he used to slice off Bonecrusher's right arm and then jabbed it through his neck, partially severing it. Optimus then wrenched the Decepticon's head from his neck & tossed it aside.

Despite being killed in the previous film, Bonecrusher (who has repaired by Scalpel) was briefly seen among the Decepticon reinforcements in the battle on Egypt alongside Scrapper, Long Haul, Mixmaster, Rampage, Ravage & nameless Decepticon protoforms. He was briefly encountered by Ironhide & the Autobot sisters when they tried to rescue Sam & Mikaela from the Decepticons, shooting alongside Megatron, killing Arcee & Elita-1 in the process. He was soon killed in the airstrike.

Bonecrusher also appeared in the Universal Studios Attraction Transformers: The Ride as one of the Decepticons encountered. He is seen rolling in & attacked Evac & Sideswipe, after they just escaped Devastator. He transformed & began swinging his claw wildly as Sideswipe stops him. Sideswipe is not strong enough to hold him off but did manage to severe his claw. Bonecrusher was then dispatched when Evac landed some well-placed shots to his chest & head, falling into the pavement as the Autobot rolled on. 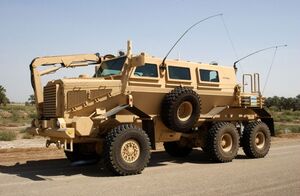 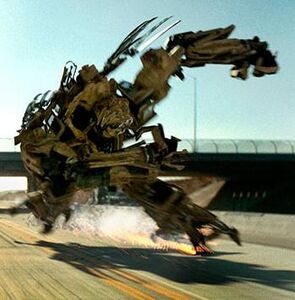 Bonecrusher about to ram the bus 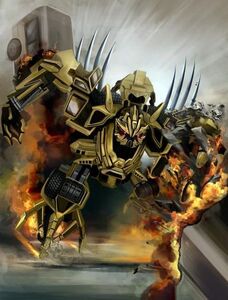 Artwork of Bonecrusher after ramming the bus

Bonecrusher in the second film in his vehicle mode

Bonecrusher in the second film in his robot mode 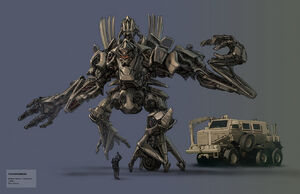 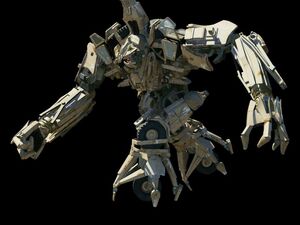 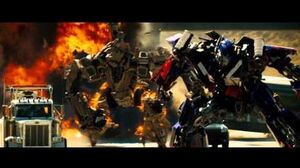 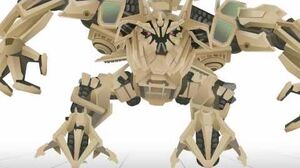