Don't Look Under the Bed

Causing mayhem (as a Bogeyman).

To haunt Francis and kill her, Darwin, and Larry Houdini (formerly, failed).

The Boogeyman is the main antagonist of the 1999 Disney Channel original film Don't Look Under the Bed. He was a bogeyman who had been framing Francis Bacon McCausland for various crimes surrounding her town. His outfit resembles men's attire in the 18th century.

He was portrayed by Steve Valentine, Ruth Hale, and Rachel Kimsey.

The Boogeyman was once an imaginary friend for Francis, named Zoe. She would often call her Franny, and was the only person to ever do so. At one point, Francis' little brother, Darwin, was infected with leukemia and on the verge of death. This traumatized Francis and caused her to stop wanting to believe in fairy tales and "grow up". She convinced Darwin to do the same, which would prove drastic for his imaginary friend, Larry Houdini. As a result, she stopped believing in Zoe. Due to this, Zoe was turned into a bogeyman, as was the fate for all imaginary friends when their child stopped believing in them to soon.  Unable to control her actions as the Boogeyman, she begins framing Francis for various crimes surrounding her town which include stealing her eggs and throwing them onto her principal's car, exposing her best friend's crush on her older brother, Bert, and many other crimes.

With the help of Darwin's former imaginary friend, Larry, Francis is able to find the Boogeyman, but not before he kidnaps Darwin who, stepped on Boogey Goo, and takes him to his own realm, the Boogeyworld, under Francis' bed with the intent of killing him. Although Larry temporarily turns into a Boogeyman due to Darwin's disbelief in him, Francis is able to convince him to start believing in him again, and he reverts back to normal. Larry is unable to defeat the Boogeyman with his tentra-fuse and it seems like the end for them until Francis realizes that he is her imaginary friend Zoe, considering he called her Franny, just as Zoe did. Apologizing for giving up on her, she believes in Zoe once again and manages to revert her back to her normal self.

Feeling sorry for her actions as the Boogeyman, she is reunited with Francis once more before going with Larry on a journey to stop other bogeymen in the world. 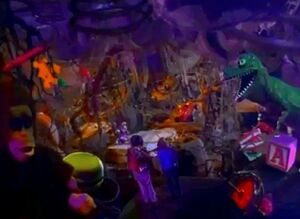 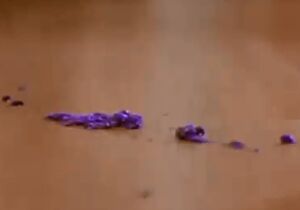 The Boogeyman takes Darwin into Boogeyworld 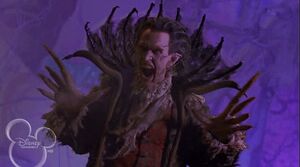