Strength
Speed
Ability to combine into a Big Boo

Boolossus, also known as the "Jumbo Ghost", is one of the two secondary antagonists (alongside Vincent Van Gore) of the video game Luigi's Mansion, and a minor antagonist in Luigi's Mansion 3. It is a gargantuan Boo composed of fifteen smaller Boos, serving as the third boss of the first game. his capture at the hands of Professor E. Gadd resulted in King Boo releasing all of the Portrait Ghosts and therefore, the events of Luigi’s Mansion in the first place.

Boolossus first appeared in Luigi's Mansion. One of the most powerful ghosts in King Boo's army, he was caught by Professer E. Gadd who stuffed his essence into a painting, along with many other ghosts of the mansion. This resulted in King Boo attacking E. Gadd's lab out of anger. During his assault, King Boo rescued Boolossus and ordered the rest of the Boos to free the rest of E. Gadd's portrait ghosts in the mansion. Once freed, King Boo creates a large mansion within the span of a single night just outside E. Gadd's lab, where the rest of the portrait ghosts and Boolossus reside. After being trapped in the Storage Room, Boolossus is among the fifty Boos to escape when Luigi releases them all by accident. Boolossus waits on the large balcony on the third floor of the mansion. If Luigi attempts to access the balcony with less than twenty Boos captured, he will be sent back to the foyer by Boolossus until he captures at least twenty Boos.

Once Luigi reaches the balcony, he will find Boolossus' squadron together in a circle awaiting his arrival. Together, the Boos surround and frighten Luigi by enclosing their circle around him. With Luigi in their grasp, the Boos teleport him to a dimensional version of the balcony and combine their strength to become Boolossus. Boolossus is at first a massive and slow Boo that tries to crush Luigi by bouncing on him. In order to break Boolossus into smaller Boos, Luigi must use the Poltergust 3000 to pull Boolossus into one of the two the unicorn ice sculptures on the balcony. Luigi then uses an Ice Elemental Ghost to freeze the Boos in ice and suck them up. After a while, the Boos will form Booslossus again. He grows smaller and faster as more Boos are defeated, and the Boos are more hasty to avoid the ice beams. Once he and his fourteen minions are sucked up (each one has one hit point), Boolossus is defeated. His soul is then turned into a painting.

In Luigi's Mansion 3, Boolossus returns as the final boss of Scarescraper Mode, facing off with the player and their team once they reach the final floor. He has similar abilities to King Boo but is much larger is unable to multiply himself aside from being split apart to smaller Boos. All the smaller Boos must be defeated in order to win the battle against Boolossus. 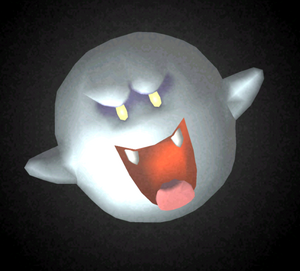 Boolossus attempting to crush Luigi from the sky. 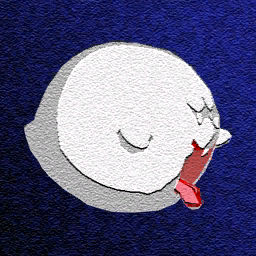 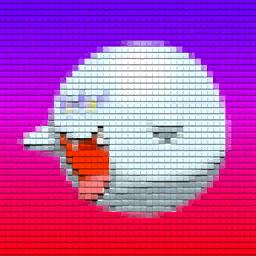 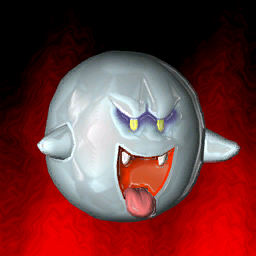 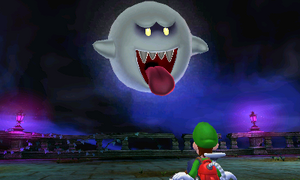 Boolossus in the 3DS remake. 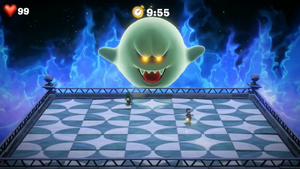 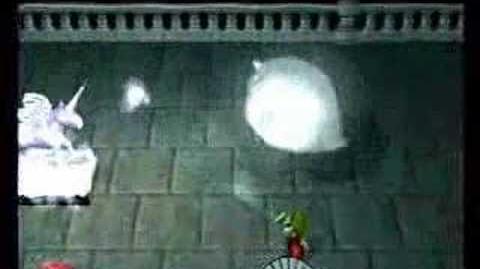 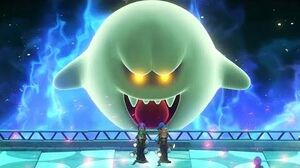