Lead a life of crime (formerly)

Boomerang is the code name for the pro baseball player-turned assassin Fred Myers. After he was suspended from pro baseball for accepting bribes, he was contacted by a subverse criminal organization and became an assassin. He has worked for several crime leaders and villain organizations, including Justin Hammer, the Kingpin, the Masters of Evil, and the Sinister Twelve.

At one point, during the Marvel Universe Civil War, Boomerang became a temporary hero named Outback. After this, he returned to being a criminal.

He has since joined the Thunderbolts, a team of reformed supervillains.

Boomerang is an expert marksman and wields many customized boomerangs with deadly accuracy. Some different kinds include exploding boomerangs, razor-boomerangs, sonic boomerangs, and tear gas boomerangs. 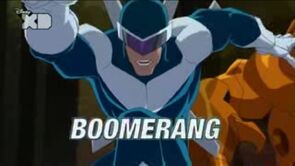 Boomerang in the Ultimate Spider-Man cartoon. 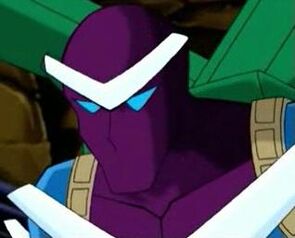 Boomerang in The Avengers: United They Stand. 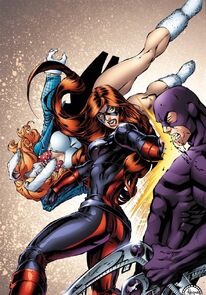 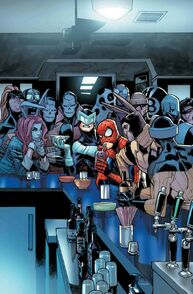 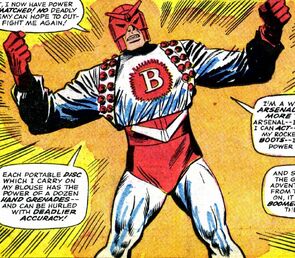 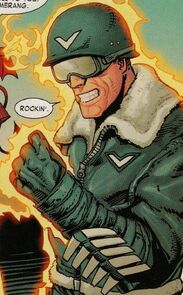 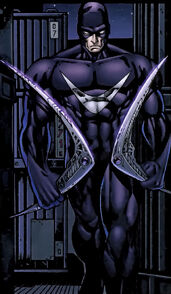 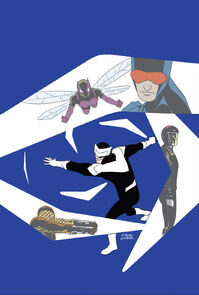 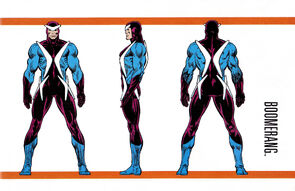 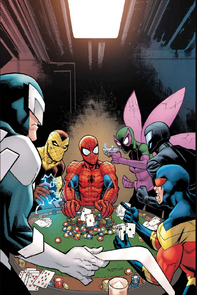 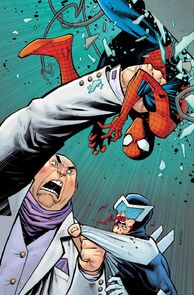 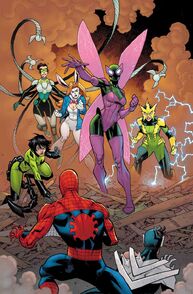 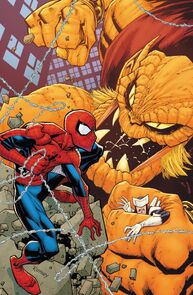 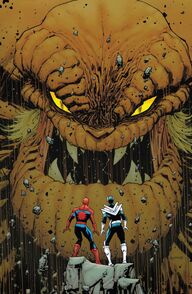 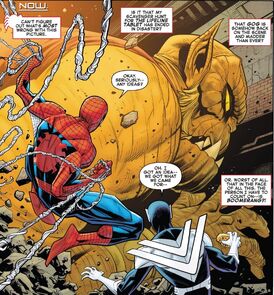 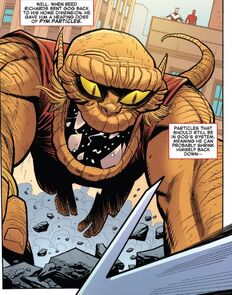 Retrieved from "https://villains.fandom.com/wiki/Boomerang?oldid=3774992"
Community content is available under CC-BY-SA unless otherwise noted.