Commander Borf, better known simply as Borf, is the evil commander of an alien race and the main antagonist in the 1983 arcade game Space Ace and the animated series that followed. Borf seeks to rule the universe by turning everyone into infants with his invention, the Infanto Ray, to render them defenseless and convert them into minions and slaves.

He was voiced by his creator, Don Bluth himself, although his voice is so overly modified it's impossible to tell.

Borf is manipulative and crafty, so he always has a backup plan, as evidenced by the amount of traps, labyrinths and creatures he keeps in his planet. He was only barely defeated by Ace once the hero reflected his Infanto Ray back at him.

He's shown to be quite malevolent, since he sought to turn all of humanity into infants so that they could grow up as his loyal servants and slaves (unaware of their former past as humans) and had presumably done so with other alien races as well, which would explain the diverse army of faithful minions at his disposal.

In his quest to govern the universe, Borf encountered the space ranger Ace, who attempted to stop him. Borf shot him with his Infanto Ray to make his adolescent self (known as Dexter) an easier target for his forces and captured Ace's sidekick Kimberly so she wouldn't be a nuisance either.

Ace managed to rescue Kimberly and miraculously stop Borf just as he was going to blast the Earth with his Infanto Ray. By reflecting the weapon's beam back at Borf, he turned into a baby that Kimberly kept.

Borf is as strong as he appears, able to match the burly hero Ace who can overpower robots bigger than himself, as well as a super genius, inventing machinery like the Infanto Ray which is capable of de-aging any creature.

Most of his soldiers are armed with powerful lasers and technology that allows them to fly, and the creatures in his planet can be quite enormous and especially ravenous. 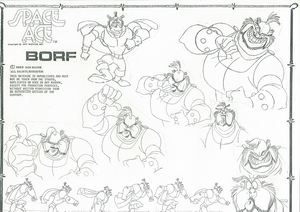 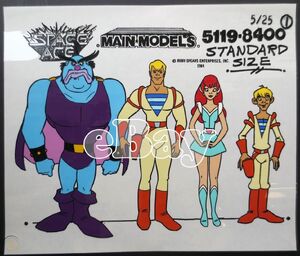 Size comparison with other characters 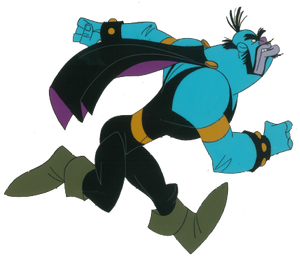 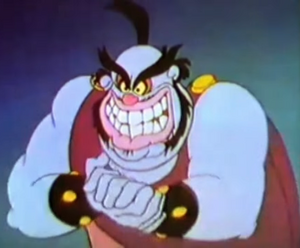 Borf as seen in the animated series.
Add a photo to this gallery

Retrieved from "https://villains.fandom.com/wiki/Borf?oldid=4124264"
Community content is available under CC-BY-SA unless otherwise noted.