Snacking on energy and wasting wattage.

Boss Hogg is the main antagonist of the Energy Hogs commercials. He is the leader and boss of the hogs.

Boss Hogg is selfish, greedy, arrogant, demanding, opprobrious, and overall evil. He sometimes acts like an oppressive dictator towards the Energy Hogs. He is shown to be extremely mean, spoiled, aggressive, and bitter.

Boss has greyish-black hair and eyebrows and a pimple on the left side of his chin.

He wears a dark grey stained T-shirt with a dark brown dirty jacket and a necklace, jeans with a black belt, and dark brown rubber shoes.

In the commercials, the boss looks slightly different: He now wears a black cap, a white sleeveless shirt with a black shirt and jacket over it, has longer hair, eyebrows, and more realistic hooves, and is a lot fatter.

In the official website, the boss is seen wearing a red long-sleeved sweater when he is found in the refrigerator. 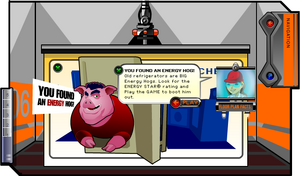 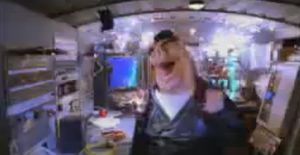 Boss' machines breaking.
Add a photo to this gallery 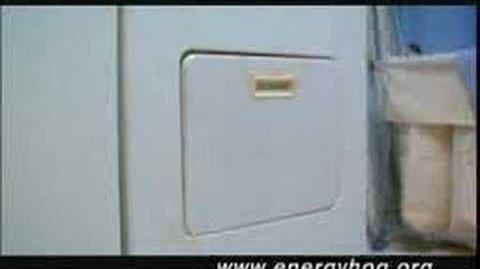 'Energy Hog Commandos' PSA
Add a photo to this gallery

Retrieved from "https://villains.fandom.com/wiki/Boss_Hogg_(Energy_Hogs)?oldid=3545869"
Community content is available under CC-BY-SA unless otherwise noted.