Bossanova is a minor yet pivotal antagonist in Tales from the Borderlands. He is the bandit king that enjoys dub step and death racing.

Bossanova crashes through Shade's World of Curiosities in a bandit technical accompanied by his clan and chased by Zer0 who has been tasked with retrieving the Gortys project from the warlord. Bossanova steals the hyperion briefcase containing $10,000,000 and then retreats.

He later hosts a death race in his arena, where the last bandit standing would win the briefcase. When Zer0 reappears; he then offers a bounty for the death of the vault hunter.

While Rhys, Fiona and company try to survive the horde of bandits and psychos, Zer0 manages to reach in his elevated announcer box and throws him out and down to the arena floor. The assassin then jumps down and stabs the bandit king in the chest.

Bossanova tries to stall Zer0 as he attempts to drop the announcer box onto of them both. It crushes him but Zer0 had been using a Decepti0n hologram for a while. 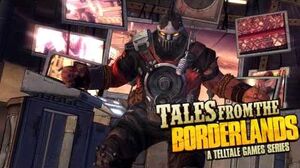 Tales from the Borderlands Bossanova Song 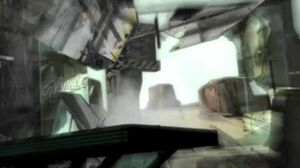