Ruler of the Builder Empire.

Conquering planets and turn them into protein factories.

To become the most muscular, powerful man in the whole universe

Also known as "Bo Emperor Bill", "Emepror Botei" and "Emperor Bodybuilder", Botei is a muscular man who aims to prevent anyone but him to be the champion of Great Galaxy Bodybuilding contest, which he had won ten times in a row. He wears a horned helmet in nearly every appearance, ever since the first Cho Aniki game in 1992.

In Cho Aniki, Botei is the antagonist of the game. When his supply of protein was running dry, Bill decides to build an army and invade the neighboring galaxies, so that he could set up protein factories on them to replenish his supply.

The Heavens, feeling threatened by such travesty, send on their champions, Idaten and Benten, to stop Botei. The duo release Adon and Samson, two bodybuilders who had been imprisoned by him, who immediately join them on their quest. Botei is eventually defeated and killed in the process.

Botei appeared as the main villain again in the subsequent shooting games, but he is one of the eight playable characters in the fighting game Cho Aniki: Bakaretsu Rantou Hen. He's also playable twice in Cho Aniki: Kyukyoku Muteki Ginga Saikyo Otoko, but is once again the final boss in this live action appearance, with few more abilities not seen in other games. 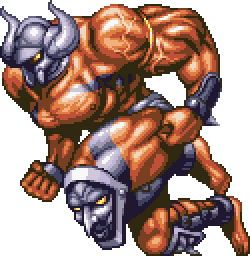 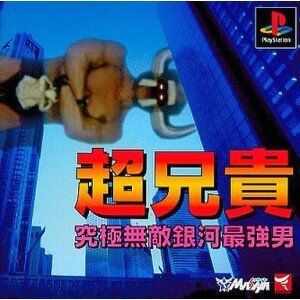 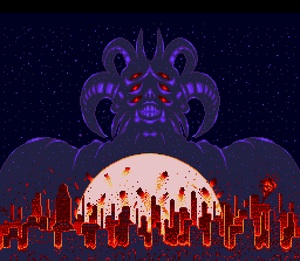 Add a photo to this gallery
Retrieved from "https://villains.fandom.com/wiki/Botei?oldid=4035601"
Community content is available under CC-BY-SA unless otherwise noted.