Bouncers are minor antagonists from the LittleBigPlanet puzzle platforming video game series. They are a pair of large enforcers that serve as Ze Dude's henchmen and bodyguards.

In the first game in The Metropolis, one of the Bouncers and his dog confront Sackboy in his car and stop it so that Ze Dude can challenge Sackboy to a race with his stolen car. Sackboy wins the race, but the car ends up in the sewers. After Sackboy and Mags the Mechanic get the car back, Mags finds out Ze Dude and his Bouncers are vandalizing her construction site with their fireball machines.

Sackboy makes his way through the dangerous construction site to confront Ze Dude, who sics his Bouncers on him. The first one attacks with his fireball machine, but Sackboy uses a piece of equipment to bounce the fireballs back at him. The other joins the fight with two machines, but Sackboy repeats the process and defeats him too. After beating Ze Dude, Ze Dude and the Bouncers admit defeat and allow Sackboy to press on.

However, they, along with Mags, are kidnapped by The Collector and imprisoned in his lair. When Sackboy arrives, he frees them. After he defeats the Collector, the Bouncers and Ze Dude are among the crowd encouraging the Collector to go make friends in his community.

One of the Bouncers and the Bouncers' dog make an appearance in LittleBigPlanet 2. After being driven insane by the Negativitron's negative influence, they are brought and institutionalized in Eve's Asylum for the Mentally Alternative. After Sackboy defeats the Negativitron, they return to normal. 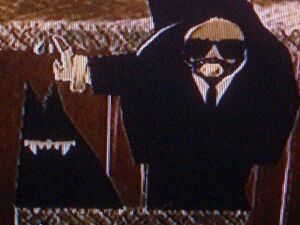 One of the Bouncers with his dog. 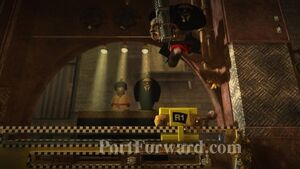 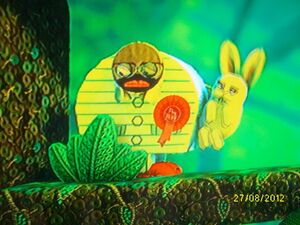 One of the Bouncers in Eve's Asylum after being driven insane by the Negativitron.
Add a photo to this gallery 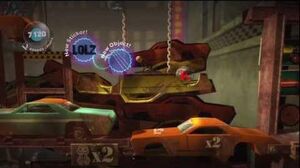 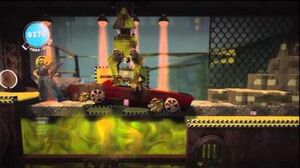 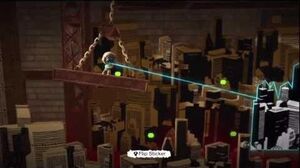 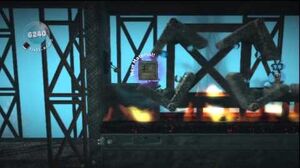 Retrieved from "https://villains.fandom.com/wiki/Bouncers?oldid=3534157"
Community content is available under CC-BY-SA unless otherwise noted.