Trying to make himself a threat than he already is

The Box Ghost is a villain in Danny Phantom. He is a ghost with power over boxes and the laughing stock of the entire ghost world.

He was voiced by Rob Paulsen who also voices Nicolai Technus and Jack Fenton in the same show.

Usually serving as a cameo, The Box Ghost first appeared in the episode "One of a Kind". Box Ghost makes his attack on a warehouse, returning by the end of the same episode by entering Danny's class only for him to be defeated again. In "Splitting Images", the Box Ghost makes the attack on Danny in the beginning of the episode and actually manages to best him. The Box Ghost returns in the end with his new name, "The Mechanical Frog Ghost", but he immediately changes his mind when the mechanical frog malfunctions. In "Prisoners of Love", he meets Danny at an area in the Ghost Zone where human-world objects are kept. Walker and his lackeys eventually arrest them both. In prison, the Box Ghost and all the other ghosts teamed up with Danny to escape.

He made a brief appearance in "Lucky in Love" while Danny was on a picnic with Paulina (actually Kitty in disguise) only to be beaten up by Danny to impress her. He showed up briefly in "Life Lessons" where he was used as bait by Skulker to lure Danny and Valerie, chased by the latter in the end. He returned in Reign Storm where he displayed his new power to control bubble wrap. He, along with the other ghosts, teamed up to stop Pariah Dark. He briefly appears in "Identity Crisis", taking offense to Danny and his friend's lack of care towards his already low level of threat.

In the alternate future of "The Ultimate Enemy", he and the Lunch Lady Ghost are married and have a child (humorously called Box Lunch). His future self is muscular, and had an eyepatch and a hook, due to injuries sustained by Dark Danny. He is considerably more dangerous and violent in this future. He is also more powerful than his present self, able to fire cube-shaped ectoplasmic constructs of destructive energy. It should also be noted that this version is no longer the comedic relief he once was but a more serious, sadistic old man who wants nothing other than revenge, even saying his catchphrase in a more sinister tone. As a side note, he is quite possibly the leader of the future version of Danny's ghostly enemies as he was the one who led the attack.

Box Ghost is one of the ghosts who helped Danny save Christmas in "The Fright Before Christmas". He later makes another appearance in "Secret Weapons", where he traps Tucker and Sam and fights Danny. He ends up escaping after Danny was sucked into the Fenton Thermos (yet again) by his sister Jazz.

His biggest (and only main) appearance took place in "Boxed Up Fury", when he steals Pandora's Box after frustration from the lack of fear he inputs in others, forcing Danny to seek her himself in order to stop him. They eventually succeed, with Pandora ultimately forcing the Box Ghost to tidy up the mess he created.

The Box Ghost's final appearance is in the series finale "Phantom Planet". He is seen only briefly on a few occasions, once being defeated by Vlad's team of Ghost Hunters, the Masters Blasters, and again as one of the many ghosts to help Danny turn the entire planet intangible so that an asteroid can pass through it. He was also one of the ghosts who attacked Danny after he tried to capture them and force them to help.

The Box Ghost has the standard ghost powers of intangibility, invisibility, and flight. He has the ability to control boxes and, to an extent, the items inside of them (ghosts can just phase through the boxes though). He is superhumanly strong, as he is seen wrestling with Danny at least once, and he is also able to manipulate his body (make his head detach and float around, his eyes pop out on stalks, etc.). In "Reign Storm", he gains the ability to control bubble wrap as well. In "The Ultimate Enemy", the future version of the Box Ghost has gained the power to fire blue ghosts rays and create purple ones in the form of cubes . It is unknown if Box Ghost will still gain this power in the future.

In "Boxed Up Fury", after he stole Pandora's Box, he temporarily gained unlimited evil power which made him unstoppable, enabling him to fire powerful blue ghost rays that almost knocked Danny and Pandora out as well as firing powerful red eye beams and being able to generate heat to defrost himself from Danny's ice attacks. Also, he could backfire Danny's attacks with Pandora's box and his dodging had become better. 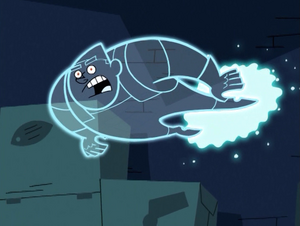 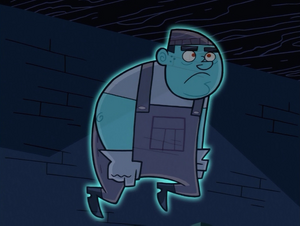 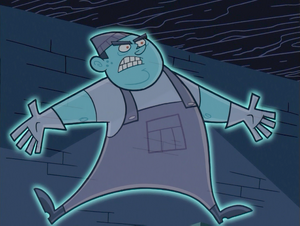 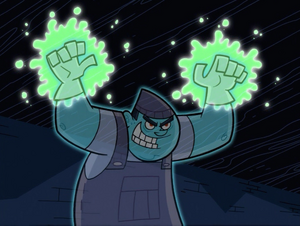 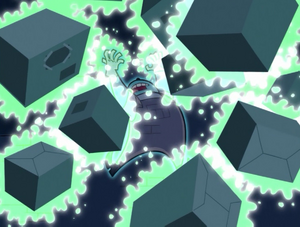 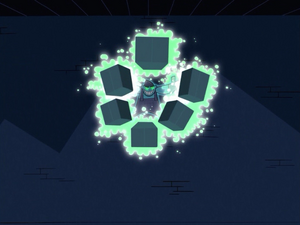 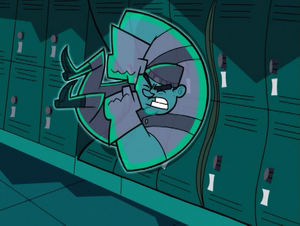 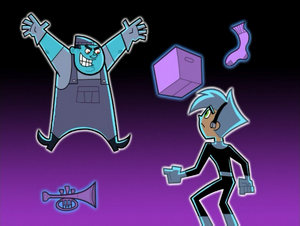 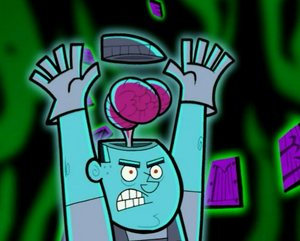 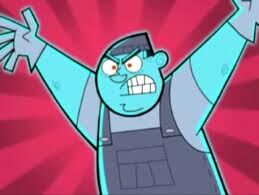 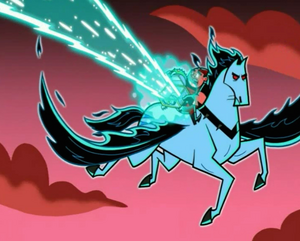 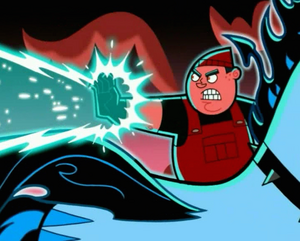 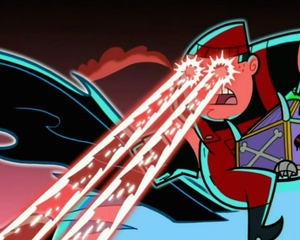 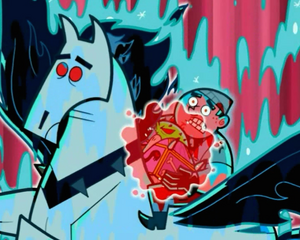 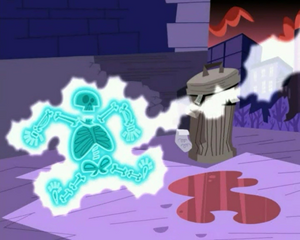 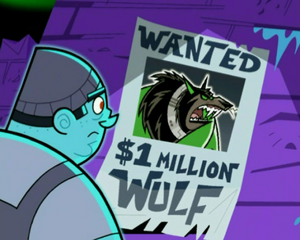 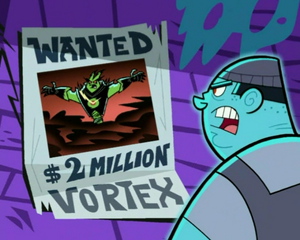 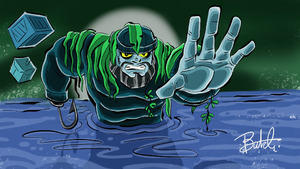 Box Ghost 10 years later.
Add a photo to this gallery

Retrieved from "https://villains.fandom.com/wiki/Box_Ghost?oldid=4293499"
Community content is available under CC-BY-SA unless otherwise noted.