To start a new life with Norman Bates (failed)

Bradley Martin is a major protagonist in the 2013 TV series, Bates Motel. She serves as Norman Bates' former friend/lover, though later ends up dying at his hands.

She was portrayed by Nicola Peltz.

Bradley is the daughter of Jerry and Amelia Martin. Her father worked in the marijuana trade under Gil Turner. Though secretly, Jerry had been having an affair with Gil's girlfriend, Blaire Watson, who was also one of the teachers in Bradley's school.

Bradley meets Norman Bates at a bus stop the first day he moves in. She immediately shows kindness towards him and her friends give him a ride to school, as well as her number. The next night they come over to his house and invite him to come over to "study" (secretly they had been planning to take him to a party). His mother, Norma, refuses to let him and they leave. However, Norman texts her to wait for him at the bus stop, and he sneaks out of the house. They go to the party, where Norman meets her boyfriend, Richard Sylmoure. Bradley seems to take an interest in Norman due to him being "different" in her eyes

At some point, Gil found out about Jerry's affair and plotted revenge. The next day, he set the man on fire but Jerry managed to get in his car and drive outside the Bates house, where a horrified Bradley recognizes his car. After it crashes, she goes to it and finds her burnt father inside. He was later take to the hospital, while in a coma.

Norman attempts to give Bradley flowers as she's waiting in the hospital her dad's in, however Richard stops him and takes them to her himself. About two days later, after Norman is taking to the hospital after passing out in school, Bradley visits him and gives him a plant as a thanks for the flowers he gave her. She decides to watch Norman's old movie with him, and they bond over the fact that both their fathers' have died. At some point, Jerry succumbed to his wounds and died.

As Bradley's mourning the death of her father at the spot his car crashed, Norman sees her and comes over to comfort her.  The following night, while her mother was sedated, Bradley texts Norman to come over and they sleep together. Since then, Norman has become even more obsessed with her and begins calling and texting her, but with no responses. It's implied her reasoning is because she feels guilty over the whole ordeal due to still having a boyfriend. When he confronts her about this at her house, she tells him she doesn't feel "that way" about him and that she shouldn't have done it. Angered, Norman storms off but she catches up to him. Unbeknownst to her, Norman suffers from Dissociative Identity Disorder and is under his Mother personality as she catches up to him, most likely ready to kill her. However she hugs him and apologizes, causing him to resort back to normal, and he leaves.

When rumors spread about them being a couple from Emma Decody, Bradley is upset and confronts Norman about this, telling him he needs to forget about the whole thing. She later meets up with Norman's half-brother, Dylan Masset, whose also her father replacement in the drug trade. She asks him to help her get some stuff from her dad's office, and they end up going together. As they try to get in, they are almost shot by Dylan's partner, Remo, who stops once he reveals himself. As she rummages through his stuff, she finds Jerry's love letters to a woman named B (Blaire Watson), finding out about the affair and cries in Dylan's arms. Bradley and Dylan later bond over the whole experience, much to Norman's anger.

She goes to the winter formal with her boyfriend, Richard, who punches Norman later for staring at her during the dance. Norman was later picked up by Miss Watson and killed her while under the Mother personality.

In a deleted scene for the first episode of season 2, she is seen attending Miss Watson's funeral with Richard. Bradley never did recover from Jerry's death or the affair, and begins drinking heavily while driving. She stops at a bridge and jumps off, attempting to drown herself. Somehow she survived and was put in an asylum for four months for her attempted suicide. After she gets out, she returns all of Norman's letters back to him. Whether she broke up with Richard before or after she was put in the institution remains unknown. She later confronts Gil the following night with questions about her father's death, though he implies he'll only give her more answers if she has sex with him, disgusting her. All he tells her is that her father was a bad man and wasn't what he seemed. When she returns home, Norman visits her and tells her he's there for her anytime, though she doesn't seemed at all moved by his statements.

The next day, she tries to contact Dylan through emails, but fails constantly and finally confronts him in person. He tells her the truth behind her father's death, and that they shouldn't see each other due to Norman's crush on her. Bradley is offended and leaves. The following night, she comes over to Gil's house, pretending to seduce him for answers-though secretly she has her father's gun in her pants and is planning to kill him. Her plan works and she shoots Gil in the head, killing him. However she's visibly shaken afterwards. She goes over to Norman's house and holds him up to his statement earlier, taking refuge in his basement.

She stays there for a while, and when Norma goes down there looking for Norman, she hides behind a wall with a knife ready. Norman gets to her before anything happens, and the two go upstairs and sing "Mr. Sandman", in preparation for a play audition-with Bradly listening in and clearly envying their bond together. Bradley plans to go to the bus stop to leave for Boston and start a new life. However he is unable to  make it, so he calls Dylan and has him drive her over. Before she leaves on the bus, he has her write a suicide note so Gil's replacement, Zane Morgan, doesn't suspect her of killing him and go looking for her. She does so and leaves on the bus, leading everyone to believe she had killed herself, as the not and some of her clothes were left on the beach by Dylan.

A year has passed and Bradley has not been successful in trying to start a new life on her own without any money. She goes back to White Pine Bay, Oregon, and meets Norman in the streets. They have a conversation together and she tells him she wants to come home. He lets her stay over at the motel and they plan to tell her mom together. However once they get there, Bradley is hurt to find she has already replaced Jerry, as well as herself, with her new husband, given his work out room has replaced her bedroom. As they talk by the sea, Norman confides in her that he's a "bad person".

Once they go back to the motel, she confesses that she's always loved him and that it was wrong of her to tell him she never did. They attempt to sleep together, however Norman hallucinates Mother and leaves. The next day, Bradley breaks into her mother's house and steals her money and jewelry so she can leave town with Norman. When they meet in her motel room and she tells him her plans, Norman doesn't want to leave due to worrying about his mom. She drives off the following night, but Norman is on the side of the street, waiting for her, having changed his mind. She drives them off, but Mother takes over and forces her out of the car, bashing her head into a rock, killing her. Norman later put her body in the trunk of her car, and let it sink in the water by the fishing docks.

Norman would later have no memory of killing her, and would have dreams of Norma having done it, believing her to be the one to have killed Bradley. 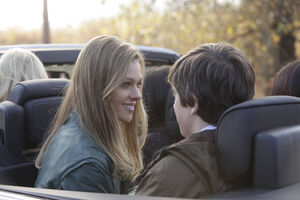 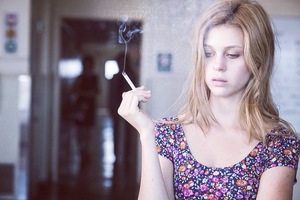 Bradley on her last day in the institution. 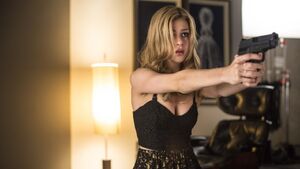 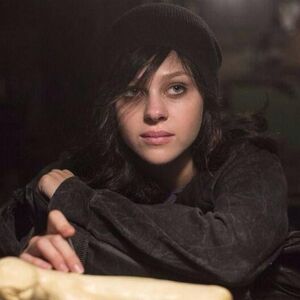 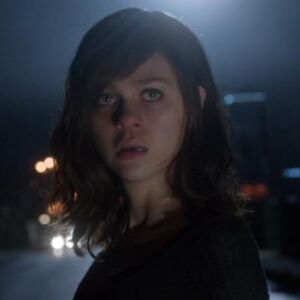 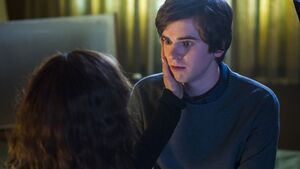 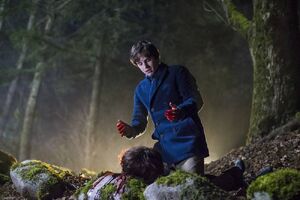 Bradley's death at the hands of Norman Bates.
Add a photo to this gallery

Retrieved from "https://villains.fandom.com/wiki/Bradley_Martin?oldid=3739122"
Community content is available under CC-BY-SA unless otherwise noted.