Villains Wiki
Register
Don't have an account?
Sign In
Advertisement
in: Doctors and Scientists, Kidnapper, Friend of a Hero,
and 16 more

Founder and leader of Lab 7 (former)

Analyze their enemies and build robotic replicas of themselves.

Experiment with specimens that he himself has captured and modify them to obey him.

Engender an army of mechas with which he can direct

Mad Scientist
Brain Drain is a villain from the video game Skullgirls. He is a scientist originally created in ASG Lab 7, a mechanical body now supports Brain Drain's empowered mind. Now that everyone has conveniently forgotten what happened to Lab 7 and the rest of Brain Drain, he's become "psychic director" of the highly secretive ASG Lab 0.

He was the one who turned Painwheel into what she is now, but he immediately dismisses Valentine's idea of using Ms Fortune for biological weapons research, saying a robot would get the job done better.

He is voiced by Kaiji Tang.

Peacock, Leduc, Ileum, Big Band, Hive, and the other creations of ASG Lab 8 appear to have free will and stay on friendly terms with Dr. Avian. Brain Drain controls Painwheel against her will, suggesting a more villainous set of ethics.Valentine hates Brain Drain and may have been forced to work on the kidnapped Carol though mental dominance.

Brain Drain appears for a split second to "activate" Painwheel whenever she fights. He also appears several times throughout Painwheel's story, as he and Valentine were responsible for creating her.

While it was cut from the final release, Valentine's alternate ending paints him as this. Robo-Fortune's ending has him using the Skull Heart to create and army of giant Robo-Fortunes which apparently destroy everything.

Would attack his opponents with advanced technology paired with his overpowering psychic abilities. His body language most closely resembles Magneto, his cocky attitude resembles Slayer, and the general chip on his metallic shoulder invokes a bit. Fighting with an array of bizarre drugs, mind control, lasers, robotic minions, and hallucinations is enough to make players completely lose control of their characters or make the enemy team fight itself. Depending on the implementation, Brain Drain could easily be overpowered to the point where he only makes sense as a boss character. 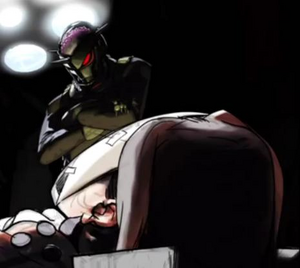 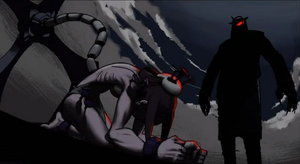 Brain Drain in the shadows and front of Painwheel. 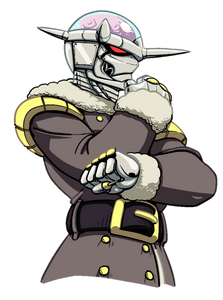 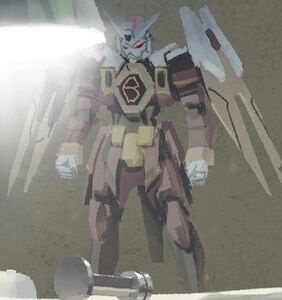 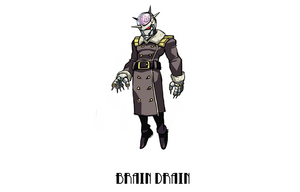 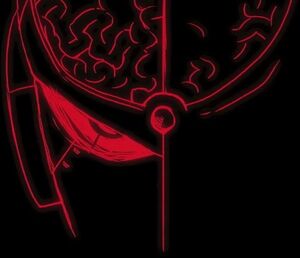