Collector of Worlds
"Voice of Rao"

Trying to collect data by infiltration.

Collect Krypton and other planet's data.

Brainiac is the overall central antagonist of Syfy's show Krypton, serving as the main antagonist in the first season and the central antagonist in the second season. He is an alien who takes the appearance of the Voice of Rao and attempts to collect data from the city, Kandor. This resulted in Seg-El and a resistance to fight against Brainiac along with the appearance of General Zod and the result of an exiled Val-El.

He was portrayed by Blake Ritson.

Brainiac has shown to be sociopathic, having a deadset goal on collecting data by any manipulative means. Taking the appearance of the Voice of Rao he became a dictative leader over the city of Rao.

After being temporarily destroyed by Nyssa-Vex and rebuild, he reveals his true self and plans to collect Kandor, showing when he feels right to command his plan in motion. 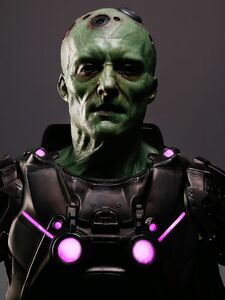 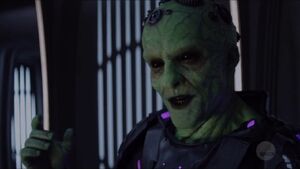 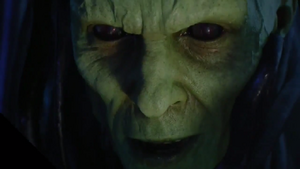 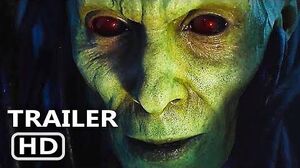 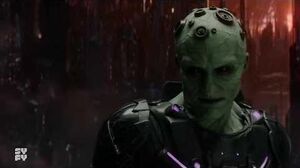 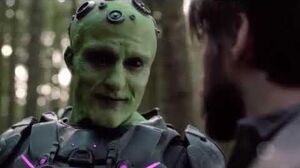