To be accepted by his family and colleagues (failed).

Get revenge on all the people who picked on him (succeeded on all but Kevin).
Be with Daisy (succeeded).
Kill Kevin Duval (failed).

Brandon James, also known as the Lakewood Psycho, is the posthumous overarching antagonist in the first and second seasons of Scream TV series. He is a tragic serial killer and mass murderer suffering from Proteus Syndrome.

Brandon was born with Proteus Syndrome, which resulted in his becoming deformed by adolescence. Due to his disease, Brandon was a bullying victim in his childhood and neglected by most of his family, except his older brother, Troy James. His only friend and love interest was a popular girl named Daisy, now known as Maggie Duval. On October 31, 1994, Brandon approached her and removed his mask, hoping she would understand him, however, Daisy screamed and ran away, believing that he was trying to attack her, a group of jocks attack Brandon, beating him almost to death. Tired of suffering, he snapped and murdered five students on the same day. Discovering that Brandon was the killer, the police used Daisy as a bait, ordering her to go to a local lake and contact Brandon. The plan was successful and Brandon went to the lake, as a gift, he gave her a carved necklace made by himself and said his final words as he was shot in the back by the police, apparently killing him as he fell into the water and didn't come out.

However, Brandon did not die from his gunshots. It is revealed that a young Miguel Acosta and Maggie found Brandon and took care of him. Brandon left Lakewood after leaving Maggie a note that said: "Don't forget about me.". It is unknown if Brandon is still alive twenty years later. In 2015, his daughter started a killing spree in the same town, wearing the same mask worn by Brandon to kill his victims. She began the killing spree to avenge his death and also to make her half-sister Emma suffer for the perfect life she had.

In 2016. Piper's accomplice, Kieran Wilcox, took over for Piper after her death. At that time, Maggie and Miguel suspected that Brandon James was back. Miguel investigated a pig barn that belonged to Brandon's brother, Troy James, and discovers that someone was living in it. Maggie leaves a note for Brandon on a tree. Later, Maggie finds the note bloodstained and pinned with a knife (same one Maggie and Miguel buried when helped Brandon), heavily implying Brandon has responded. Kieran also got a phone call from somebody in prison asking "Who told you-you could wear my mask", hinting it was Brandon. Kieran was murdered in the special episode and though the killer is not confirmed its possible it was Brandon who killed Kieran probably because he failed to avenge Piper by killing Emma and Audrey and perhaps Brandon wanted to avenge her himself. 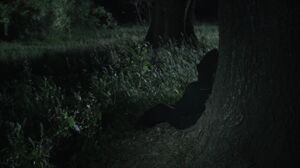 Brandon after being shot by Police at Wren Lake 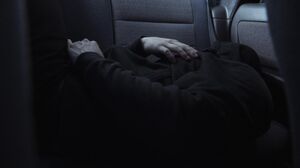 Brandon being helped by Maggie and Acosta 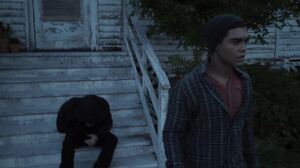 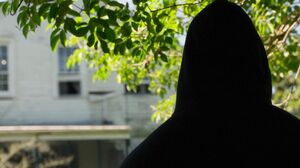