Shapeshifting
Expertise in combat
Transform into a tank

Slaughter every Autobot in sight (failed).

Brawl is a minor antagonist of the 2007 film Transformers and its videogame adaption of the same name. He is a vicious Decepticon who served for Megatron.

Brawl is among the few Decepticons on Earth who lay inside a military depot, awaiting for orders. Upon receiving transmission from Starscream that Frenzy has found both Megatron and the Allspark, he acknowledge the transmission and moved out of the depot. He then met with Barricade and Bonecrusher in the highway, before parting ways with them.

Arriving on Mission City after Starscream manages to cripple the Autobots, Brawl fires his main gun, but missed, so he headed right through the enemy while trampling abandoned bystander cars. As the soldiers fanned out in search for cover, Brawl then focuses his attack on Ironhide, but was actually a distraction to let Jazz attack him from behind in order to force him to transform. He then threw the Autobot out of the way, but unfortunately the latter destroyed his left rocket launcher pod.

Receiving minor injuries, Brawl continues to fire two rockets at his remaining launcher at Ironhide, but missed. Ironhide and Jazz manages to fire several shots at him and Ratchet followed by slicing off Brawl's arm, knocking him off the ground. He was then saved when Megatron finally arrived, forcing the Autobots to retreat.

A badly injured Brawl then continues to attack by spraying heavy machine gun fire at the remaining soldiers to pin them down easily. A crippled Bumblebee, aided by Mikaela Banes who was driving a tow truck, attack him by shooting at the Decepticon. Brawl tried to return fire with his remaining weapons, which was destroyed by the crippled Autobot. Bumblebee's return rallied the remaining human soldiers to fire more sabots at Brawl, badly damaging his armor before finally being finished off by Bumblebee. His remains are thrown to the Laurentian Abyss alongside with the other dead Decepticons.

A pair of M1 Abrams Deceptions bearing the likeness of Brawl but in Deep Desert colors are seen among the many Decepticons in the battle of Chicago that are killed by Optimus Prime.

Brawl makes an appearance in Transformers: The Game but is unplayable. In the Autobot campaign, he's a boss. In the Decepticon campaign, he's a liability if anything naive and too incompetent to help the Decepticon cause. In the Autobot Level, after Jazz defeated both Starscream and Blackout, Brawl appeared and attacked Jazz. Ironhide attempted to rescue Jazz, but Jazz was stabbed and killed by Brawl. Before the fight started, Ironhide promised his death will be slow. After a short but fierce battle, Ironhide went on to kill Brawl, avenging Jazz's death.

In the Decepticon Campaign's Starscream Level 4 (Warpath), Brawl and Bonecrusher were the Decepticons that Starscream had to rescue from being attacked by U.S. military ground units. Brawl fails to make it into the city (unlike in the movie and the Autobot campaign where he successfully did without any problems) indicating he got lost on the way. He is later seen with Megatron after the Decepticons win the battle. 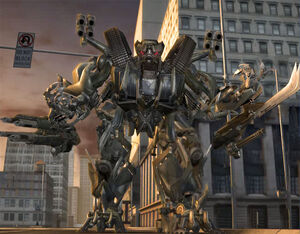 Brawl in Transformers: The Game. 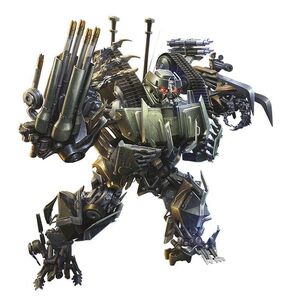 Brawl in Transformers: Dark of the Moon. 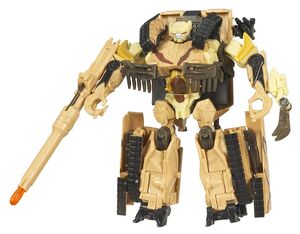 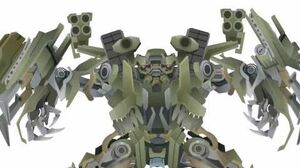