Villains Wiki
Register
Don't have an account?
Sign In
Advertisement
in: Mature, Video Game Villains, In Love,
and 19 more

Flirting with each other.

Lure in Arthur Morgan/John Marston and steal their money.

Bray and Tammy Aberdeen are two minor antagonists in the Rockstar videogame Red Dead Redemption 2. They are an incestuous couple (brother and sister) that live on a pig farm that may be encountered by Arthur Morgan during the course of the game. They can also be encountered by John Marston in the epilogue, if you don't encounter them as Arthur.

When Arthur encounters the Aberdeens, they invite him in for dinner, and Tammy implies that she will perform sexual favors for him as well. During dinner, she will give Arthur shots of alcohol.

After three shots, he passes out and awakes in a shallow grave near their farm, with all his money stolen. The player can then choose to take revenge on the Aberdeens and retrieve their money in a safe behind a painting in their living room. 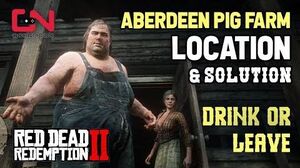 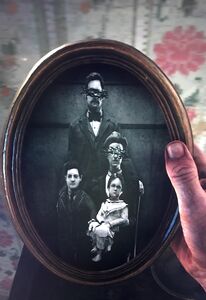 A picture of younger Bray and Tammy with their parents. 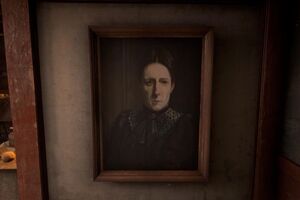 A painting of their mother where the player's money is left.